QUESTIONS AND ANSWERS WITH DANIEL VLASATY 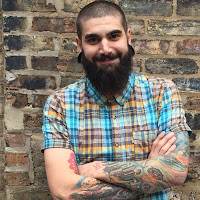 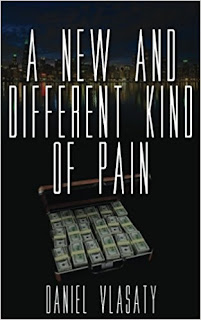 Daniel Vlasaty, an author from Chicago and a man who writes the kind of books I want to read was kind enough to take a turn in the stocks, answering a few questions from moi.....


Is the writing full time? What’s the day job?

Sadly, writing is not full time for me. Not yet at least. That’s still the goal. That’s the dream. Hopefully one day I’ll be able to make it to that point. But currently I am working as a substance abuse counselor at a methadone clinic. I run our clinic’s “drug free” program which consists of intensive outpatient group meetings for people court-ordered to treatment and also people recently released from prison who have substance abuse problems.

I just came over here a few months ago and the work is fun and stressful and interesting, to say the least. Before this I managed a medical detox unit for heroin addicts and alcoholics, and also worked as a counselor on an inpatient psych unit. 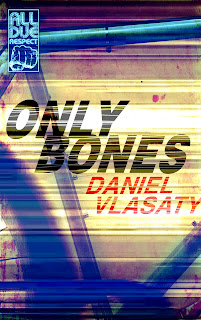 Both books I’ve read from you – Only Bones and A New and Different Kind of Pain are set in Chicago, is that your hometown?

Yes, it is, or was, I guess. I was born and raised on the southside and for the last 12 years my wife and I were living far north in Chicago’s Roger’s Park neighborhood (which is where both Only Bones and A New and Different Kind of Pain are set, for the most part).

We moved out of the city recently, though, to the surrounding suburbs for my job.

I still have the same love/hate relationship with the city that I think comes through in both of those books. And it’s taken some getting used to adjusting to life in the suburbs. But we’re closer to family and we were able to afford a house (something we never would have been able to do in the city proper) and everything is kind of okay so far.

What’s been the most satisfying moment in your writing career so far?

Honestly, I’m just happy to see people reading and enjoying my work. But there’s probably no better feeling than when I see my name on a book cover.

I don’t really have one. It’s weird to say, but I’ve never been a write-every-day kind of writer. Shit, I haven’t written anything since I finished A New and Different Kind of Pain just about exactly one year ago. But that’s partly because of everyday life stuff, I think. At least that’s the excuse I’m telling myself. The new job and the move and my wife giving birth to our first daughter. It’s been a stressful few months.
But I’m happy to say that I’m working on it. I’ve started putting in an hour or so a night now. It’s gotten to a point where I’m just sacrificing my sleep. After we put the kid down to bed and the wife and I have a moment to decompress, I just lock myself up in the room and try to write.

I’m a week into this new routine so far, so I’ll have to report back on how it works out.

I’d have to say yes and no. I’m more about putting myself into my characters than my friends or family. There’s a lot of me in Daniel (from Only Bones). I wrote A New and Different Kind of Pain after I found out my wife was pregnant. I think probably, subconsciously, it was a way for me to deal with all the fears building up in me about fatherhood and how I’d be able to support and protect my family.

But I will say that Lawrence (Daniel’s dealer in Only Bones) was 100% based on one of my old dealers. And if I knew how to get in contact with that dude anymore, if I wasn’t sure he was either dead or in jail, I’d be interested in seeing his reaction to the character.

Also, my late grandfather’s name was Anthony Benedetto, and I needed a super Italian sounding name for my mobster so I used his. Although, the name is basically all they had in common. 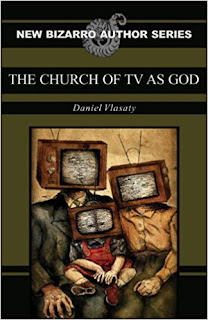 A little bit of both actually. Of my four books, A New and Different Kind of Pain is the only one I outlined before sitting down to actually write it. It was a very detailed and in depth outline and it was a weird experience.

All of my other books, I just started with an idea and ran with it.

I plan on using a combination of the two ways moving forward. I’m doing simple outlines now, not detailing every little bit of the story, just getting my main idea out before I sit down to write. 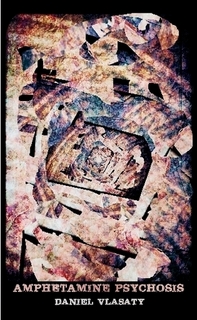 Can you tell us about your published books so far? Is there one you are more proud of than any of the others? Which and why? Which would you press into a reader’s hand ahead of the others?

I have four published books at the moment. The Church of TV as God, which is a Bizarro story about a TV-worshipping cult. Amphetamine Psychosis is about my own struggles with addiction. And then Only Bones, about a bike messenger who gets mixed up with drug dealers and crooked cops. And A New and Different Kind of Pain is about a dude trying to ensure his family’s safety after he loses half a million dollars of his boss’ money.

Those are the one line pitches.

I am incredibly proud of all of them. I love each and every book and I think they are all the best books ever. But my favorite, the one I think that captures what I want to do with my writing the most, the one I’d force on and recommend to new readers, is Only Bones.

I love the frantic energy of it. I love that you can almost feel the amphetamine pumping through Daniel’s body. At least that’s how I feel. The desperation and the chaos and the panic of it.

No gems, no. But I have dozens and dozens of half-finished turds down there.
I start and stop a lot of pieces. For one reason or another. But I keep them all, because you never know what I can pull from them, or if I revisit them after some time has passed, maybe I’ll be able to brush off that long-dead turd and polish it up into something beautiful.

What’s the current project in progress? How’s that going?

Unfortunately, the current project is nothing. I’m just getting started planning out my next book. I’m kind of in the process of outlining or planning out four books. My mind wanders a lot and I have to have multiple things going at once. It’s my ADHD, I think. My head gets fuzzy.

But the things I’m laying out now are Small Moments of Collapse – a follow-up to Amphetamine Psychosis. Methadone – which is about a drug addict trying to stay clean and the crooked cop who is blackmailing him. Animals – about an underground fighter who is trying to go straight but his friends keep bringing him back down into the shit. And finally So Good We’re Gone – a sharp little revenge tale about a recently released ex-con trying to get his name and his reputation and his girl back.

Like I was saying, I’m not an everyday writer. I’m more of a marathon writer. I was just talking about this on my Facebook page. I like to write a book as fast as possible. In “marathon” sessions. For example: the first time I wrote the first draft of The Church of TV as God, it took me three days. But then I lost it and had to rewrite the whole thing over again - which took another seven days.

I like writing this way, in frenzied bursts where I eat, sleep, and shit the book. Where there is nothing else on my mind but the story and getting it out of my head.
It’ll be harder now that there’s a kid in the picture, for sure, but that’s why I’m planning on taking a week off of work soon to marathon session out a new book.

I just want to get this outlines done first and then I’ll do it.

The best part of writing for me is when I lose myself in a story, when it takes on a life of its own and I’m just sitting there trying to keep up. When a story takes a turn that leaves even me surprised. 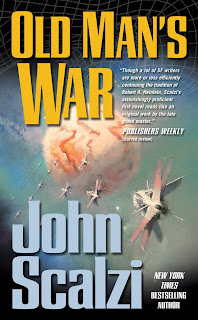 I love the rush of writing, the jittery feeling I get when I’m in the zone.

It’s a better feeling than any high I’ve ever had.

I haven’t written anything in a year and I’ve got this lump of built-up energy and frustration in my stomach and in my head. It’s like a tight coil of anxiety and fear and self-hatred. It’s a feeling that if I don’t start working again I’ll explode. It’s knowing that but being stuck or frozen or unsure about what to do or where to go next and not being able to do anything about it. 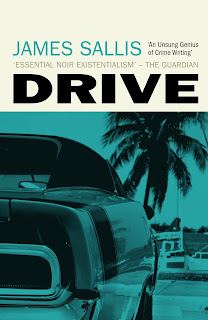 Drive by James Sallis.
Live by Night by Dennis Lehane.
The Girl with the Deep Blue Eyes by Lawrence Block.

I read a little bit of everything. Lately I’ve been reading a lot of comic books. Some of my favorite comic writers are Brian k. Vaughan, Rick Remender, Jeff Lemire, Matt Kindt, Gerard Way.

Right now I’m reading The Long Fall by Walter Mosley and it’s so good. It’s my first experience with his stuff and his writing is smooth and cool and hard. I’m loving it so far. 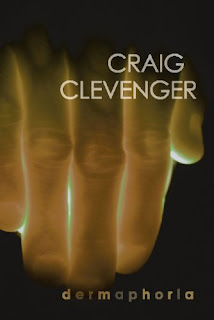 Is there any book you wish you had written?

I like to read and hang out with friends and family and work out and go on 20+ mile bike rides and, most importantly, sleep.

In a couple years’ time…

His last book, Only Bones was looked at on the blog last year here.
A New and Different Kind of Pain featured last week - here.