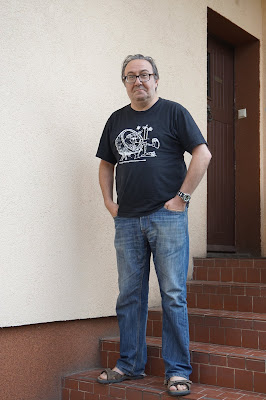 I've been a fan of Paul's work for a few years now - short stories, flash fiction pieces and his longer efforts. A collection of shorts - The Last Laugh was enjoyed earlier this month and should be posted on soon.

In addition to his own writing, Paul is an enthusiastic supporter of a lot of under the radar writers working today via his blog/website - .pauldbrazill.com/

The man himself was kind enough to entertain a few questions from myself......

I teach EFL (English as a Foreign Language) here in Poland. It pays the bills. Just!

How do you get from Hartlepool to Poland in 3 easy steps?

I moved from Hartlepool to London in 1991. 10 years later, I did a TEFL course- in Madrid- and got a job teaching English in Poland. 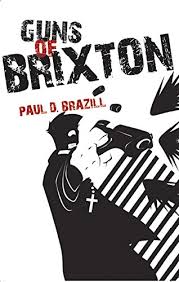 Lots of nice things but when Maxim Jakubowski first accepted the Guns Of Brixton short story for inclusion in The Mammoth Book Of Best British Crime, I was more than somewhat chuffed.

I don’t have a schedule. I write as and when I can, or want to.

Do you insert family, friends and colleagues into your characters?

Oh yes. Lots of characters are based on real people. Names, conversations, anecdotes etc. come from people I know or know of. It’s easier than making things up!

Are you a plotter, or do you make it up as you go along? When you sit down to work do you know whether you’re tackling a short story or a longer piece?

I just start writing and see how and where it goes. Sometimes I’ll go back to a flash fiction piece or short story and develop it into something longer, as I did with Guns Of Brixton.

Nah, I’m a bit of a tart so anything I write usually finds a home one way or another. 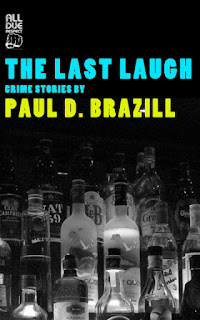 I really like the short story collection that All Due Respect put out, The Last Laugh, because it covers yarns from 2008 – when I started writing - up to 2015. There’s a nice mix of styles there, too. It’s like a Best Of LP! Only singles. But I’m shameless enough to say that I enjoy everything I’ve written! That’s why I wrote ‘em! 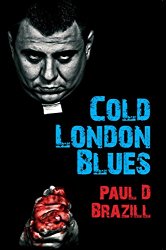 How long did Cold London Blues take from conception to completion?

It started off as a short story that I went back to and kept adding to, in dribs and drabs, but probably 6-8 months altogether. 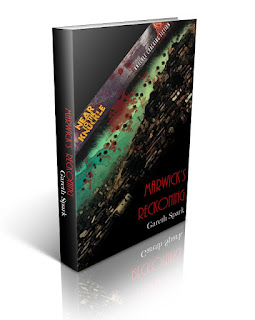 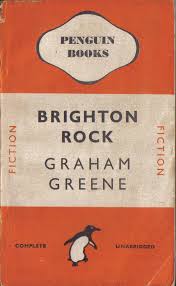 Night and the City by Gerald Kersh or Brighton Rock by Graham Greene. Or The Koran, for financial reasons only, of course.

From regularly tuning in to your blog – you’re very supportive of a lot of under-the-radar authors – is there anyone I should be reading but aren’t? Anyone whose work you need to give a shout-out to?

The people I’ve mentioned, plus, just off the top of my head, UV Ray, Marietta Miles.

Doing nowt. I’m pretty good at it, too.

I’ve got a few on the go. One is a Warsaw / London based comedy thriller which will hopefully be the start of a series. Another is a major rewrite of the Roman Dalton novella The Neon Boneyard. Yet another is Carry On Croaking – a comic crime thriller in the style of one of the Carry On Films. And there are a couple of other things too. All are staggering along quite well.

No one has given me lots of money to do it. Apart from that, nothing. It’s not working down a mine.

More of the same old cobblers, I suspect!

Paul D. Brazill is the author of The Last Laugh, Guns Of Brixton, A Case Of Noir, Cold London Blues, 13 Shots Of Noir, and Kill Me Quick! He was born in England and lives in Poland. He is an International Thriller Writers Inc member whose writing has been translated into Italian, German and Slovene. He has had writing published in various magazines and anthologies, including The Mammoth Books of Best British Crime. He has even edited a few anthologies, including the best-selling True Brit Grit – with Luca Veste. PAUL D. BRAZILL