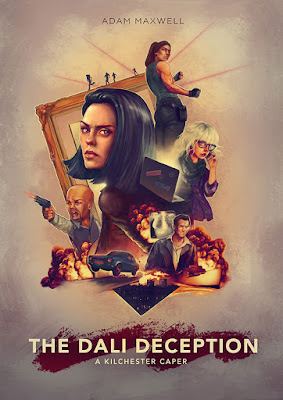 Five criminals. Two forgeries. And one masterpiece of a heist.

Violet Winters - a professional thief born of a good, honest thief-and-con-artist stock - has been offered the heist of a lifetime. Steal a priceless Salvador Dali from the security-obsessed chairman of the Kilchester Bank and replace it with a forgery.

The fact that the "painting" is a signed, blank canvas doesn't matter. It's the challenge that gives Violet that familiar, addicting rush of adrenaline. Her quarry rests in a converted underground Cold War bunker. One way in, one way out. No margin for error.

But the reason Violet fled Kilchester is waiting right where she left him - an ex-lover with a murderous method for dumping a girlfriend. If her heist is to be a success, there will have to be a reckoning, or everything could go spinning out of control.

Her team of talented misfits assembled, Violet sets out to re-stake her claim on her reputation, exorcise some demons, and claim the prize. That is, if her masterpiece of a plan isn't derailed by a pissed-off crime boss - or betrayal from within her own ranks.

"Adam Maxwell is the indie writing scene's sharpest wit, and the Dali Deception is his slickest, funniest - and surrealist - caper yet."

Damien Walter, Columnist for The Guardian.

Second time around the block with author Adam Maxwell after enjoying some of his short stories previously. Dial M for Monkey was read a year or so ago. (Review here.)

The Dali Deception was an enjoyable heist novel. Violet is the gang leader and pulls together a team to switch a valuable blank Dali canvas for a fake. Zoe is the gadget, techno computer geek. Barry is the wheelman and vehicle provider. Lucas is a con artist and Katie an intimidating set of muscles.

There’s some great moments of humour throughout the book, none more so than when Violet recruits Lucas to her enterprise, interrupting his latest con and on the fly, helping him sell it to his marks. Violet reads Lucas like a book.

Comedy, action, a set of characters each with their own quirks, a decent plot which sort of sounds absurd, but in the author’s hands isn’t. There’s also a revenge motive in the background as Violet in returning to Kilchester will surely come to the attention of her violent double-crossing ex-boyfriend – the cause of her previous departure from the town. There’s another scene of comedy gold when the pair meet up discuss the failings in their previous relationship, Percy struggling to remember the name of the girl he strung Violet over for.

Chuck into the mix, the town’s psychopathic crime lord – Big Terry – actually a midget and the outcome for the gang gets a bit more precarious. Especially as you’re never quite sure if the whole team are pulling together, or whether one of them has a separate agenda.

Enjoyable and definitely an author I would read more from in the future.

4 from 5 (I did have a slight pause at one of the elements in our showdown, seemed a wee bit too convenient for me.) 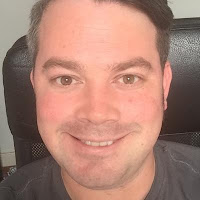 He was kind enough to send me a copy of this for an honest review.