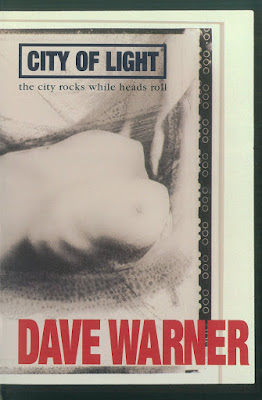 “Jesus Christ. I found one.” These words blurted over the phone to Snowy Lane, preoccupied with a ham sandwich and the odds of getting a game with the East Fremantle league side signalled the beginning of a series of events which were to reverberate in his life and shake Perth to its foundations. It was 1979; the year of the sesquicentenary and the East and South Fremantle grand final.  Suddenly ‘Mr Gruesome’ had taken another victim, and all of Perth was riveted by the emergence of the dark side of the City of Light.

Snowy Lane, first as a young cop, then as a private detective, finds himself inextricably linked with Mr Gruesome, and the human and political power plays that unfold against the excess and corruption of the eighties.

Footballer, lover, detective, reluctant “suburban boy” -------- Snowy Lane turns his gaze on himself and the place of his birth; the bands, the derbies, the pubs, the America’s Cup, the entrepreneurs, the politicians, the backroom players, the café scene, the suburbs, the hills, are brought into fond and ironic focus as Snowy closes on Mr Gruesome and finds the beginning of his own redemption.

Dave Warner’s first novel is inventive, energetic, irreverent and above all, a rivetting thriller.

Another bruising and compelling Australian read – this one from the 90s. Dave Warner’s City of Light gives us a lot more than just a murder investigation, it’s the tale of the city of Perth in the 80s – dodgy politicians, corruption, greed, favours and fixers.

Snowy White – a lowly cop, manages to hitch a ride onto the investigation into some horrific killings in Perth. We follow White as he quickly proves to be an asset to the team, struggling to make progress in the hunt for Mr Gruesome. At the time he’s a minor face around town, as a young footballer. From Warner’s depiction, the whole of Perth seems to be football crazy. It also seems that the politicking and influence of the movers and shakers extends to whether or not you get picked for the team.

The investigation stops, stalls, starts again, Snowy initially puzzled about certain avenues of investigation getting sidelined. Until someone a little bit more worldly wise on the force tips him to how the game is played in Perth and how certain police departments are beholden to particular political allies – vice and gambling being the areas of rivalry.

Snowy enjoys the work, despite the frustrations. Outside of the work, we see a certain immaturity in his relationships with women. He falls hard for Celeste Magnello, a young woman of considerable ambitions. Snowy’s jealousy threatening what little she does give of herself to him.

After a period, Gruesome gets caught and helpfully commits suicide in custody.

The book splits into three parts. The murder investigation which gets solved somewhat conveniently is the first. Second part jumps to 1986, Snowy is off the police force and is a private investigator, mainly chasing after errant husbands for a pay check. The odd interesting case coming his way – a bit of gay bashing which is an attempt to intimidate an organiser of a resident’s action group opposed to a proposed land development. One which if it goes through stands to make the rich and powerful, even richer. Investigating brings him unwanted attention from some enforcers for the money men.

Violent resistance and some breaking and entering leading Snowy to acquiring some evidence in another unsolved and high profile Perth murder that of Hilda Dittmar a brothel madam. His love life is mainly an on-off sex-thing with an assistant to one of Perth’s power brokers, Barry Dunn. Celeste Magnello’s star continues to soar and shine as she becomes part of Perth’s political elite.

In our last part, we get back to Gruesome, as it becomes clear to Snowy that the convenient conclusion to the murder case was just that. Throw in the violent death of Snowy’s best friend – cop Dave Holland who was looking into corruption in Perth, Dave gets involved again; a matter somewhat complicated by his romantic involvement with his best friend’s daughter. Two murders or one murder, one suicide to solve or at least look into…. more secrets to uncover, more fixes to redress and some old scores to get settled.

Overall – pretty amazing, despite a slight sense of things get a bit draggy in places. Sprawling, complex, ambitious, a complicated cast of characters, a flawed hero in Snowy White – overall likeable, competent and loyal – though initially I kind of felt uncomfortable as his romance with his best friend’s daughter played out. That Snowy himself was troubled and voiced the same reservations was a point in his favour.

Perth around the late 70s and during the 80s seems to have been an interesting place to be. 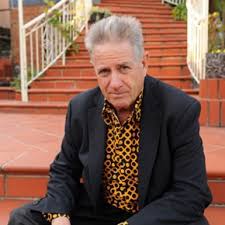 Dave Warner has appeared on the blog previously, featured in a 2 BY post. He’s a musician as well as an author and his latest book – Before it Breaks – just won Australia’s Premier Crime Fiction Award – the 2016 Ned Kelly for best crime novel. I expect I’ll be dusting off the wallet again then.