QUESTIONS AND ANSWERS WITH MARTIN HOLMEN

It's been a while since I've read a Swedish crime novel, but I've recently finished Clinch by author Martin Holmen.

Martin was kind enough to submit to a bit of gentle questioning, but first here's a bit about the book.... 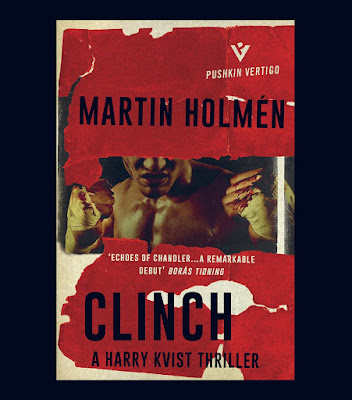 You can put the gloves on the shelf but it takes a long time to wash their smell from your knuckles.
The writing's on the wall for Harry Kvist. Once a notorious boxer, he now spends his days drinking, and his nights chasing debts amongst the pimps, prostitutes and petty thieves of 1930s Stockholm. When women can't satisfy him, men can. But one biting winter's night he pays a threatening visit to a debtor named Zetterberg, and when the man is found dead shortly afterwards, all eyes are on Kvist.
Determined to avoid yet another stint in prison, Kvist sets out to track down the only person who can clear his name. His hunt will lead him from the city's slums, gangster hideouts and gambling dens to its most opulent hotels and elite nightclubs. It will bring him face to face with bootleggers and whores, aristocrats and murderers. It will be the biggest fight of his life.
Blending noir with gritty violence, Clinch is a visceral, compulsive thriller that packs a punch and leaves you reeling. 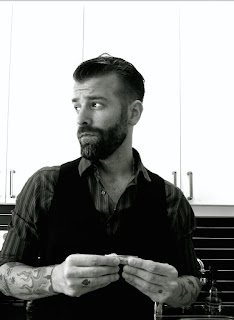 Is the writing full-time?

What's been the most satisfying moment of your writing career so far?

I would say all the hours I put into it. I like be on my own, working.
On another hand - being chosen by Val McDermid to be a part of the New
Blood panel this summer was quite an honor.

How long did Clinch take from conception to completion?

About two years, there was a lot of research involved.

Clinch is your first published novel, with another two in the trilogy
behind it - have you completed these or are they still works in
progress?

I'm wrapping it up now! The third and finishing installment SLUGGER will
be on my publishers desk here in Sweden by Christmas.

Does the time period of the trilogy remain pre-war 30s Sweden
throughout like Clinch, or do the latter books move on in time?

Are we likely to see anything from you set in more contemporary
Sweden, or is your writing more focussed on the past?

I have some ideas but historical pieces will always be my priority I
think.

Actually not. Beginners luck I guess. And maybe a tiny bit of talent.

All over the place. In phases I work very disciplined from about 8 AM to
2 PM, in other cases I can write 18 hours but I'm trying to stick to my
short days and take breaks.

I really don't. I get almost all of my inspiration from books and
movies. 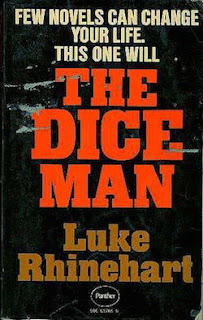 No, writing in a noir kind of way is sort of an exaggerated realistic
style and there should be an element of melodrama as well. In modern day
Swedish society I would say that very little is off limits.

Well, three of them have only got Swedish titles and the others were two
old favorites: Turkish Delight by Jan Wolkers and The Diceman by Luke Rhinehart.

French and Russian realists and naturalist writers, the great American
novels of Dos Passos, Hemingway, Steinbeck and Faulkner, some pulp
fiction. A rarely read contemporary literature and quite rarely crime,
most of my favorites is from the 1880s to the 1940s I would say. 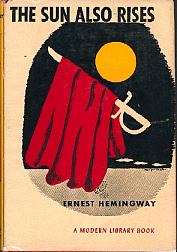 I had a very clear vision of what I wanted to do and came close enough I
think. The best debut I've ever read is Hemingway's The Sun also Rises I
think. I could never have written a novel like Garcia Marquez' One
Hundred Years of Solitude for example but damn I wish I could.

Threesomes. (Didn't AC give the same answer once in an interview, or have I misremembered?)

What's the best thing about writing?


CLINCH BY MARTIN HOLMÉN IS PUBLISHED BY PUSHKIN VERTIGO, £7.99 http://pushkinpress.com/book/clinch/