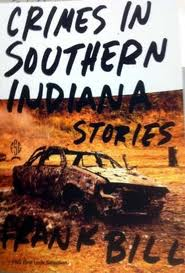 Crimes in Southern Indiana is the most blistering, vivid, flat-out fearless debut to plow into American literature in recent years. Frank Bill delivers what is both a wake-up call and a gut punch. Welcome to heartland America circa right about now, when the union jobs and family farms that kept the white on the picket fences have given way to meth labs, backwoods gunrunners, and bare-knuckle brawling.

Bill's people are pressed to the brink - and beyond. There is Scoot McCutchen, whose beloved wife falls terminally ill, leaving him with nothing to live for - which doesn't quite explain why he brutally murders her and her doctor and flees, or why, after years of running, he decides to turn himself in. In the title story, a man who has devolved from breeding hounds for hunting to training them for dog-fighting crosses paths with a Salvadoran gangbanger tasked with taking over the rural drug trade, but who mostly wants to grow old in peace. As Crimes in Southern Indiana unfolds, we witness the unspeakable, yet are compelled to find sympathy for the depraved.

Bill's southern Indiana is haunted with the deep, authentic sense of place that recalls the best of Southern fiction, but the interconnected stories bristle with the urban energy of a Chuck Palahniuk or a latter-day Nelson Algren and rush with the slam-bang plotting of pulp-noir crime writing à la Jim Thompson. Bill's prose is gritty yet literary, shocking, and impossible to put down. A dark evocation of the survivalist spirit of the working class, this is a brilliant debut by an important new voice.

A hard-hitting and enjoyable short story collection from Frank Bill – 17 in all.

Read a month a month and a half ago, I can’t recall too much about many of them if I’m truthful, though one in particular sticks in the mind….. a grandfather who sells his granddaughter to pay a debt……WTF!

Frank Bill writes the  kind of stories I like to read about the kind of people I probably wouldn't care to meet.

From The Old Mechanic

Here was a time when the shell shock of war was ignored. What the repercussions of warfare did to a man’s brain. The seeing, hearing, and participating. And like the war, the abusing of a woman was overlooked. People pretended it never happened. This was a time when till-death-do-us-part was an enforced rule of matrimony. When wives didn’t leave their husbands. They obeyed them.

From These Old Bones

He’d burned his father’s home for insurance money. Shot Esther MacCullum’s dog dead in front of him for a debt he owed. Forced himself upon Needle Galloway’s fourteen-year-old daughter. Opened Nelson Anderson’s skull in the Leavenworth Tavern with a hammer for saying he’d ratted out Willie Dodson on a cross-county dope deal, even though he did it for the local law.


And today he’d sold his granddaughter, Knee High Audry, to the Hill Clan to whore out. Needing the extra cash to help pay for his wife Josephine’s cancer medications. Yeah he thought, I’s a son of a bitch. 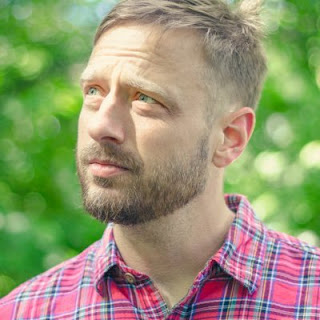 His novel Donnybrook waits on the pile.