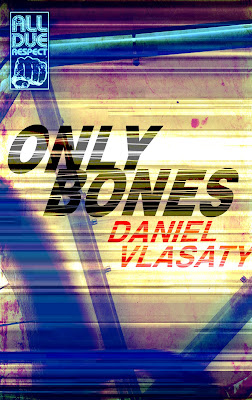 Daniel is a bike messenger in Chicago. He’s good at his job and takes pride in his work. In his riding. In the fact that he knows the city’s streets like the back of his hand. Daniel’s also in debt to his drug dealer, Lawrence. And when he’s offered a job to work off his debt Daniel doesn’t hesitate. It’ll be an easy job, Lawrence tells him. Just running packages.

But Daniel’s about to learn that things are never easy.

Not in this city.

A wild 130-odd page road trip around Chicago's streets in the company of incessant pill-popping bike messenger, Daniel. Daniel pops pills like the rest of us breathe air.

Unfortunately racing around town on a bike doesn't earn you enough to pay your dealer, even if you don't do alcohol and your addiction has stunted your appetite for food. Daniel's forced to make a drug run for his dealer Lawrence to square his account. Things can't get any worse can they?

Err, yes they can.

Elf - Lawrence's supplier is a total psycho with a crazy gang of flunkies - not that he'd need them to kick Daniel's butt. Then after you've met the connection, its probably best if you don't get followed back to your dealer and shaken down by the two dirtiest cops in Chicago - Rick and Pauley.

Pauley looks at me the way a cop looks at anyone he sees as beneath him. Which is pretty much everyone who isn't a cop.

While Daniel's not exactly deserving of our sympathy, Vlasaty shows us some of the origins of his life path. When Pauley makes him empty his pockets he finds Daniel's knife.....

It's not a true switchblade. Just a spring-loaded knife.

The only thing my old man ever taught me before he split was to always carry a knife.

That a man always has a blade on him.

I remember him stabbing some dude in a Jewel parking lot right around then. Something about a stolen girlfriend. His or the other guy's. I'm not sure. I was seven years old.

I don't say anything to Pauley. 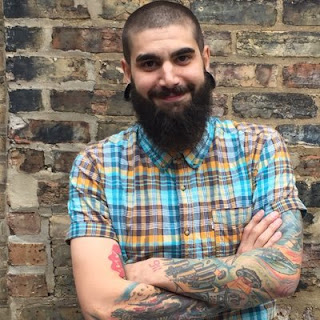 Lawrence's stash gets pinched by the dirty duo and he suffers a beating. Elf's none too happy, it's not the first time his customers have been hit. Lawrence is positively raging and after a business meeting with Elf, retribution is planned......and Daniel's in over his head and unfortunately along for the ride.

Memorable, harsh and devoid of hope. Excellent stuff from Vlasaty.

Thanks to publisher All Due Respect for my copy of this one. Their website is here.