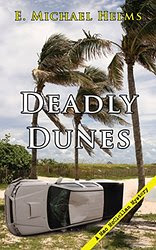 Hours after hiring Mac McClellan to investigate the supposed suicide of her archaeologist brother, single-mom Jessie dies in a car accident. Jessie had just showed Mac artifacts and a copy of a map Jake found, items that indicate Hernando de Soto and his explorers might have camped on Five Mile Island during the winter of 1539-1540. Studying the map, Mac determines the site lies in the middle of a planned resort, The Dunes. Declaring the area an historic site could shut the project down. Suspicions aroused, he forges ahead, even though he no longer has a paying client.

Everywhere Mac turns, greed abounds, and no one he interviews seems innocent, even Jessie's closest friends the Deckers, who have adopted her teenage daughter. Ron Decker's construction company is building the Dunes, and he is heavily invested in its success. Then there is the oily son and ex-stripper wife of an old curmudgeon who won't sell the one lot the project still needs to acquire. Jake's estranged wife Laurel had plenty to gain from his death, and as Mac continues to dig, he begins to wonder if Jessie herself had more at stake than he was led to believe.

No one is happy about Mac's persistence, and someone is unhappy enough to crash his truck and frame him for yet another murder. But Mac isn't giving up, no matter what the cost.

My third time with author E. Michael Helms and his series character, ex-career soldier, turned PI, Mac McLellan.  The first two in the series, Deadly Catch and Deadly Ruse were enjoyed before.

Mac is entrusted by boss Frank Hightower with his first case - a grieving sister is unconvinced by her brother's recent death being written off as suicide. Mac is hired to look into things. The background being that the recently deceased Jake was an archaeologist and he claimed to have discovered some historic artifacts that could put a proposed property development in doubt.

A day after he signs on, his client dies in a freak automobile accident. Unwilling to believe in such an unlikely occurrence being accidental, Mac without a client and against the wishes of his boss has himself a murder, possibly two to investigate.

With a massive resort development and money to be made, or conversely money to be lost if the site gets closed down - profit or ruin can provide a powerful motive for murder. Mac's inquiries throw up a few candidates and reveal some secrets of a personal nature when he digs into our dead siblings - Jessie and Jake's extended families. I needed a wall chart to keep track of the bedroom shenanigans, something Helms chooses to allude to as opposed to graphically depict. Who did what to whom and when and what consequences subsequently transpired.

There's a few memorable characters encountered along the way. Amos Moats is an eccentric and the last hold-out refusing to sell his land to the developers. When Mac persuades hims to put down the shotgun long enough for a chat, he discovers Moats' ex-stripper wife left him for his own son - a sleazy lawyer. Fair play to her though, she does drop by once a month to do her wifely duty!

Mac away from the case, has his blossoming romance with girlfriend Kate still burning bright - and there's just the right amount of personal thrown into the tale to keep it fresh and interesting. The banter between the pair adds to the story. 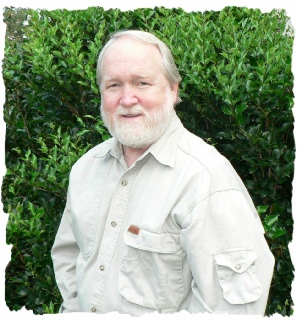 Michael has appeared on the blog previously, answering a few questions here.

My copy of Deadly Dunes was provided by the publisher Camel Press - thanks!
Posted by col2910 at 00:01