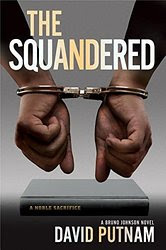 The Squandered propels Bruno into an emotionally charged high-speed chase as he and Marie leave their rescued kids in Costa Rica and risk returning to the U.S. at the request of Bruno's terminally ill father. Bruno's estranged and incarcerated brother needs Bruno to help rescue his abducted young grandchildren, children that Bruno hadn't known existed.

Bruno cannot deny his father, and Marie will not let Bruno go alone. As fugitives, they return to the U.S. to face not only imminent arrest, but also to confront ruthless kidnappers, drug dealers, and government agents who will stop at nothing to keep a secret from the past buried forever.

Glimpses of Bruno's law enforcement past shed light on the mayhem they encounter once they are discovered in L.A. It seems that Bruno's brother, Noble, has inadvertently kicked a hornet's nest of criminals, both in and out of prison, and among various law enforcement agencies looking to find a long missing load of nine million dollars' worth of cocaine. And Noble's grandchildren are caught in the cross-hairs.

The chase, the brutality, and the emotional stress tests Bruno and Marie's relationship and forces them to define family, a what's okay to forgive, and what should never be forgotten. Armed with a new moral code, will they live long enough to put it into practice?

The third book in David Putnam's Bruno Johnson series and another fast-paced romp.

Johnson risks his and partner Marie's freedom when returning to the States from Costa Rica again, in order to help his brother's family. A brother he hasn't seen for 25 years or so, the brother he helped imprison back when he was a cop.

Noble Johnson's grandchildren have been kidnapped and Bruno's the man to get them back.

I liked the book overall, though a fraction less maybe than the earlier books in the series.
Putnam's characters are convincing and you can feel the passion and love Bruno has for Marie, his father and his "adopted" children.

We get more of his back-story and how a childhood friend became a brother. A brother that made some bad choices and took a wrong turn in life - but now has put aside the bitterness of the years and reached out to Bruno. Can he be trusted or is Bruno getting played?

Plenty of action to go with the more thoughtful moments regarding love and family. Slight suspension of disbelief at a few of the situations Bruno and Marie found themselves in and got themselves out of - though no out and out flying pig moments. 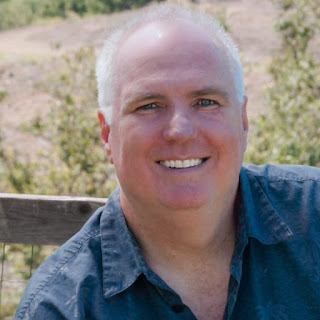 Overall I was entertained and was keen to see how things got resolved.

The earlier books in the series have been read and enjoyed - The Disposables and The Replacements.

There's a fourth book out early next year - The Vanquished.

The author was kind enough to send me a copy for review.