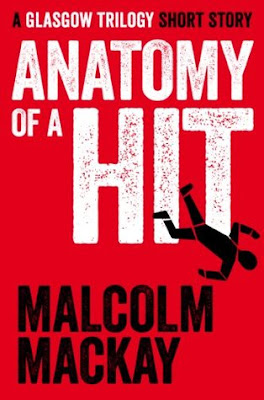 Glasgow hitman Frank MacLeod is approached by an old associate. A shady accountant for a rival criminal organisation, Eric Holly wants Frank to arrange a meeting with his own boss Peter Jamieson. In return for Jamieson's protection - for both him and his wife - Holly will sell his secrets. But old friend or not, making deals with a killer is a dangerous business . . . Arresting, gripping and moving; ANATOMY OF A HIT is a dark tale of loyalty and betrayal set in the Glasgow Underworld, showcasing the most exciting new voice in Scottish crime thriller fiction.

Praise for Malcolm Mackay's Glasgow Trilogy, including The Necessary Death of Lewis Winter, How a Gunman Says Goodbye and The Sudden Arrival of Violence:
‘A very auspicious debut, this is an amazing novel, incredibly gripping from the first page to the last. A vivid portrait of the Glasgow underworld, it’s completely hypnotic . . . like the great writers, people like Elmore Leonard, Mackay paints really vivid portraits of his characters . . . a really unique voice’ Mark Billingham ‘A really clever multi-viewpoint novel about the Glasgow underworld . . . it will appeal to people who like to have a bit of a think as well as being entertained. The Necessary Death of Lewis Winter was a real revelation, a real find for me’ Kate Mosse ‘A dark, rich, brutal thriller . . . it absolutely captivates you. The Necessary Death of Lewis Winter is more than a page turner, it’s a page ripper. For a debut novel this sparkles, this zings, it leaps off the page. If you like Ian Rankin, if you like Stuart MacBride, if you like Val McDermid, Denise Mina – Malcolm Mackay is right up there’ Peter James ‘Glasgow’s a tough city and this is a tough book . . . very authentic, very gritty, you can really feel the streets. They call this genre Tartan Noir and absolutely [The Necessary Death of Lewis Winter] is a first class member of that’ Lee Child ‘There aren’t too many crime novels that take the reader into the mind, such as it is, of a hit man . . . This is a truly exceptional debut’ Independent ‘Mackay ratchets up the tension like a master’ Daily Telegraph ‘Remarkable . . . ‘tartan noir’ will have a new star’ Daily Mail ‘A remarkably original debut’ Observer ‘Brutal, witty and well-written . . . a brilliant debut’ Sunday Telegraph 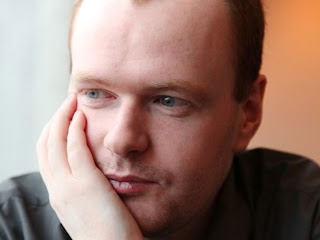 Another impressive offering from Malcolm Mackay, 70-odd pages long and another trip inside the head of our Jamieson hitman Frank.

Eric Holly, a nodding acquaintance of Frank's has an offer for Jamieson, his boss. He's close to retiring, hasn't enough cash in the bank for comfort, so has impulsively done a runner with the books of one of Jamieson's rivals. Reckless, impulsive and ill-considered, but Eric only sees the upside of his actions and feels sure Jamieson will pay him handsomely for the information and will protect him. Frank, somewhat ambivalent and emotionless isn't too sure.

An interesting look at criminals and the underworld, their hierarchies and executive decision-making - the planning, the plotting, the strategies, the cunning and intelligence that would be similarly suited to a role as a CEO in FTSE 100 company.  Then there's the mechanics of Frank and his role in the organisation, the somewhat monastic life he leads, the obedience to orders, the skills he brings to his craft, the aversion to risk and discovery, the ability to adapt to a fast changing situation and the execution of a successful job.

Bought a few years ago on Amazon for Kindle.

Probably time to crack on with the third - THE SUDDEN ARRIVAL OF VIOLENCE.