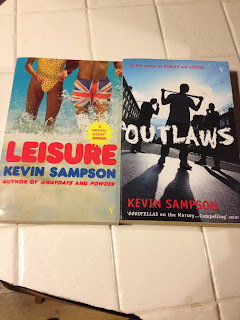 2 from Kevin Sampson this week. Sampson hails from Merseyside in England and is an author I have read previously in the pre-blogging days. Awaydays (4 from 5) and Stars are Stars (3 from 5).

As is my want, I think I have most of his books on the shelves (in my case in the tubs).

His early books seem to concern themselves with youth culture…..music, football, clubbing, art school/university, gang life and a tendency to be involved in lower level criminality – football violence or drug dealing. 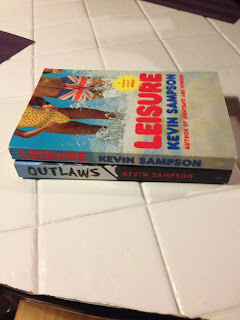 His latest two seem to mark a bit of a departure for him – a couple of police procedurals – unless his copper is a drug dealing, football hooligan!

He has worked as a journalist in the past and in television, mostly with an involvement in the music industry.  One of his ventures was Produce Records, a label that had hits with The Farm in the 90s. That takes me back a bit – you’ve got to love a bit of Groovy Train and All Together Now!

If I was clever enough I'd be able to upload a video of The Farm in action, but I'm not.
Here's a couple of links instead.....Groovy Train and All Together Now 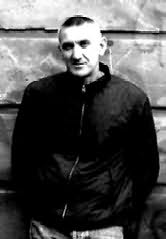 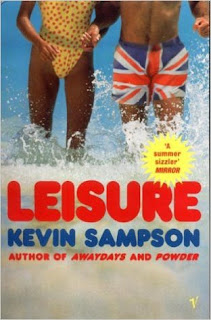 For Hilary Scanlon a holiday to the Med is the last throw of the dice. She's done everything for her husband Sean since his accident, but he only seems to grow more reclusive. Timmy Williams is one of the Three Amigos - the other two, Beer and Jethro, know what they want from their holiday: drink, women, and song. Timmy is more interested in the polite woman doing t'ai chi by the pool. While Hilary does her exercises, Sean curses the thoughtless vacationers who crash around at five in the morning in the room above. He wants retribution. Lindy MacLaren is a holiday rep who tries to stop naive British girls from falling prey to the local gigolos. When Lindy sees Sean Scanlon spreading jam on his neighbours' balcony to attract insects, she thinks she's found a soulmate. For anyone who has experienced the brash vulgarity, the rampant xenophobia and the effusive humanity of a package trip, this hilarious, touching and beautifully observed book is a must. 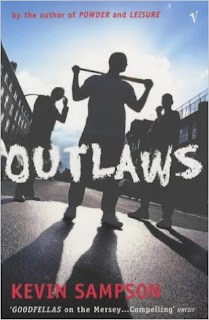 Drugs and violence form the backdrop of a gritty new novel from the author of Powder and Leisure.
Outlaws is Kevin Sampson's finest book to date - a taut, thrilling novel told in a vernacular that sizzles off the page.

It's getting harder and harder to eke out a dishonest living in Liverpool. Gun law is out of control.
Organized gangs are fighting for supremacy in clubland and the lucrative supply of narcotics.

Younger, more ruthless gangs are moving in. Ged, Moby and Ratter, three South End villains, are old-fashioned highwaymen with two decades of meticulously planned jobs behind them. But times are tough. It's Christmas and Ged is planning a job to see the boys through until spring. As usual, he won't give them any details until the morning of the job. Until then, they have to stay off the street and keep out of trouble. But Moby loves to go out - girls love him, guys send drinks over - he could live like this forever. And Ratter wants out - he's invested his loot in the booming property sector. As the heist approaches, Ged needs to summon all his street savvy and killer instinct just to survive.
Posted by col2910 at 00:10