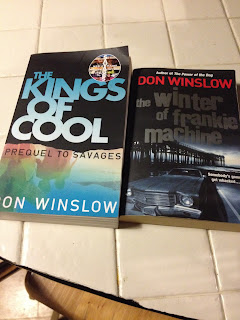 2 from Don Winslow this week. I first read Winslow back in the 90's with California Fire and Life and The Death and Life of Bobby Z.

I then dipped my toes in the waters of his Neal Carey series, though I was a little bit thwarted in reading all 5 in the series, because at the time the books were scarcer than rocking horse pooh and as a consequence were fairly expensive. 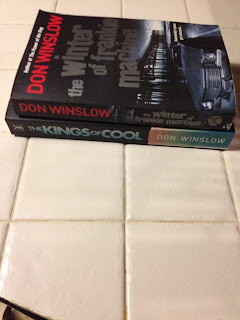 Since 2005 he has published 8 books and I've bought myself 7 of them and read exactly ZERO.

The only one missing is this year's release The Cartel, which while sounding pretty good is a bit long for my liking! 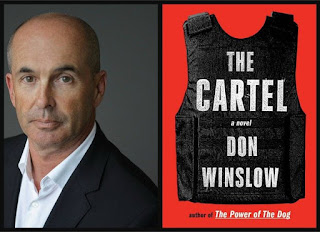 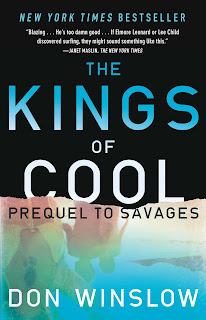 In Savages, Don Winslow introduced Ben and Chon, twenty-something best friends who risk everything to save the girl they both love, O. Among the most celebrated thrillers in recent memory - and now a major motion picture directed by Academy Award - winning filmmaker Oliver Stone - Savages was picked as a best book of the year by Stephen King in Entertainment Weekly, Janet Maslin in The New York Times, and Sarah Weinman in the Los Angeles Times. Now, in this high-octane prequel, Winslow reaches back in time to tell the story of how Ben, Chon, and O became the people they are. Spanning from 1960s Southern California to the recent past, The Kings of Cool is a breathtakingly original saga of family in all its forms - fathers and sons, mothers and daughters, friends and lovers. As the trio at the center of the book does battle with a cabal of drug dealers and crooked cops, they come to learn that their future is inextricably linked with their parents' history. A series of breakneck twists and turns puts the two generations on a collision course, culminating in a stunning showdown that will force Ben, Chon, and O to choose between their real families and their loyalty to one another. Fast-paced, provocative, and wickedly funny, The Kings of Cool is a spellbinding love story for our times from a master novelist at the height of his powers. It is filled with Winslow's trademark talents - complex characters, sharp dialogue, blistering social commentary - that have earned him an obsessive following. The result is a book that will echo in your mind and heart long after you've turned the last page. 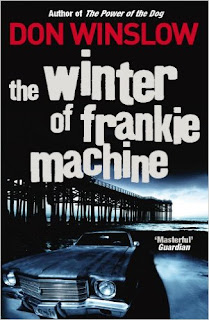 The author of The Death and Life of Bobby Z. and The Power of the Dog now gives us a fierce and funny new novel—and a blistering new take on the Mafia story.

Frank Machianno is a late-middle-aged ex - surf bum who runs a bait shack on the San Diego waterfront when he's not juggling any of his other three part-time jobs or trying to get a quick set in on his longboard. He's a stand-up businessman, a devoted father to his daughter, and a beloved fixture in the community.

Frank's also a hit man. Specifically: a retired hit man. Back in the day, when he was one of the most feared members of the West Coast Mafia, he was known as Frankie Machine. Years ago Frank consigned his Mob ties to the past, which is where he wants them to stay. But a favor being called in now by the local boss is one Frank can't refuse, and soon he's sucked back into the treacherous currents of his former life. Someone from the past wants him dead. He has to figure out who, and why, and he has to do it fast.

The problem is that the list of candidates is about the size of his local phone book and Frank's rapidly running out of time.