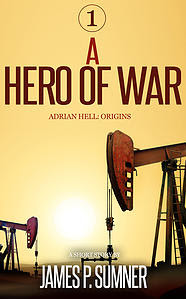 See where it all began...

The year is 1990, and an eighteen-year-old Adrian Hughes has joined the army.

Showing a natural talent for combat, and for disobeying senior officers, this first short story documents Adrian's initial training, and his eventual involvement in the Gulf War.

A thrilling introduction to the man who would become the most feared assassin ever to pick up a gun, packed with humour, emotion, and edge-of-the-seat action!

A 66 page novella and introduction to author James P. Sumner and his series character Adrian Hell.

We pick up with Hughes during his basic training, where an inability to curb his enthusiasm and smart mouth, brings unwanted attention from a brutal staff sergeant. Out on manoeuvres, a similar questioning of authority sees him become the “wolf-slayer” when saving a friend and colleague. He’s still up on a disciplinary for it though.

Fast forward to the Gulf and Hughes shows his abilities when tested in combat. His reward – a new career as an agent working for the intelligence service.

Fast-paced writing, decent characterisation, plenty of action and thrills, nothing too cerebral, plenty of humour. I really liked it. Ticks in most boxes and definitely an author I’ll be reading again in the future. Probably the kind of read that is enjoyable without being especially memorable and there’s a lot to be said for books like that. 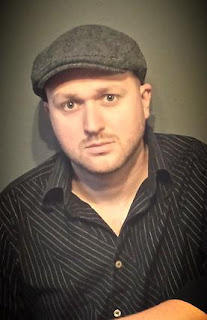 Author Todd Luchik – Forgotten Boy tipped me off to Sumner and his work. I think you can get the first book in the Adrian Hell series for free over on the author’s website.

A Hero of War was a FREEBIE from the author to his newsletter subscribers.
Posted by col2910 at 22:03