2 from Asian-based US author Jake Needham. Unsurprisingly I’ve not yet read him, though there a few on the pile (but not all of them). 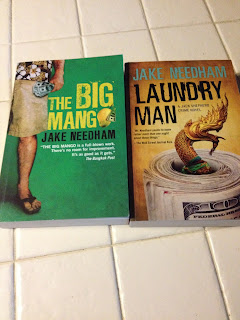 Over at his website – Jake Needham has this to say about himself…….

These are a few facts for you:
I was born in the United States and earned a bachelor’s degree from Rice University and a law degree from Georgetown University.
For the last twenty-five years or so I have lived in Hong Kong, Singapore, and Bangkok.
Once upon a time I practiced international law and worked the borderlines of the Pacific Rim, a place where cultures collide and governments just struggle to keep up. “Needham certainly knows where a few bodies are buried,” Asia Inc wrote about me. I would hope so. I sure helped to bury enough of them.
Through a series of accidents and coincidences too ridiculous for anyone to believe, I began writing and developing movies for American cable television. 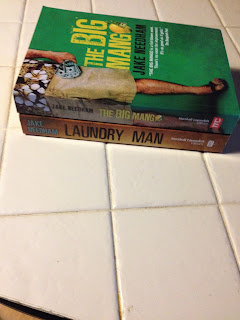 When I realized how little I actually liked American cable television, I thought I’d try to figure out how to write novels instead.
Since then, I have published eight crime novels set in the cities of contemporary Asia and the ninth is due out later this year. The English-language editions of my books have been distributed in most international markets and  translated into three other languages. Hundreds of thousands of copies have been enjoyed by readers worldwide. But, sadly, none of my books have ever been sold in North American in their print edition, only as ebooks.
I am married to a graduate of Somerville College, Oxford, who for a long while was a popular columnist for the Bangkok Post and the editor of the Thai edition of Tatler Magazine. We have two sons and divide our time between homes in Thailand and the United States.
That’s it.
At least that’s all I’m going to tell you. 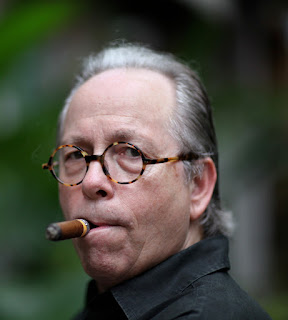 I'm pretty sure I read a quote about him along the lines of - the best American author you've never heard of - Can't find the quote now, so maybe I'm mistaken. I hope to try one of his books soon. 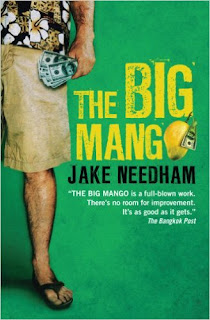 From the Big Apple, to the Big Orange, to the Big Mango. It had a kind of nutty logic to it. Bangkok was about as far from San Francisco as Eddie Dare can get without falling off the edge of the world, although at times he wondered if that wasn’t exactly what he had done.

Four hundred million dollars is in the wind, the result of a bungled CIA operation to grab the Bank of Vietnam’s currency reserves when the Americans fled Saigon in 1975. A few decades later the word on the street is that all that money somehow ended up in Bangkok and a downwardly mobile lawyer from San Francisco named Eddie Dare is the only guy left alive who’s got a chance of finding it.

Eddie knows nothing about the missing money. At least, he doesn’t think he does. But so many other people believe he’s got an inside track that he and his old marine buddy Winnebago Jones figure it’s worth a shot to head for Bangkok and try their luck.

But first Eddie and Winnebago have to battle the jagged netherworld of modern-day Thailand. It’s a corkscrewed realm where big-time dealers tango with small-time hustlers, criminals on the lam mingle with politicians on the take, and the merely raffish jostle with the downright scary for centre stage in the big leagues of weird.

If they can overcome all that – as well as outmanoeuvre a freelancing CIA man, a pack of angry Secret Service agents, and a ruthless Vietnamese intelligence woman – maybe they can find out what really happened back in Saigon all those years ago.

And where those ten tons of money are. 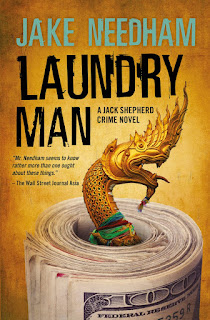 Once a high-flying international lawyer, a member of the innermost circles of government power, Jack Shepherd has abandoned the savage politics of Washington for the lethargic backwater of Bangkok, where he is now just an unremarkable professor at an unimportant university in an insignificant city.

A secretive Asian bank collapses under dubious circumstances. A former law partner Shepherd thought dead reveals himself as the force behind the disgraced bank and coerces Shepherd into helping him track the hundreds of millions of dollars that disappeared in the collapse. A twisting trail of deceit leads Shepherd from Bangkok to Hong Kong and eventually to an isolated villa on the fabled island of Phuket where he confronts the evil at the heart of a monstrous game of international treachery.

A lawyer among people who laugh at the law, a friend in a land where today’s allies are tomorrow’s fugitives, Jack Shepherd battles a global tide of corruption, extortion and murder that is fast engulfing the new life he has built for himself in Thailand.

“Much of the fun in reading LAUNDRY MAN is in trying to guess how much of the story is based on fact. Although it might seem unlikely that government agencies would engage in such brazen corruption in real life, the truth is they already have. Mr. Needham seems to know rather more than one ought about these things.”