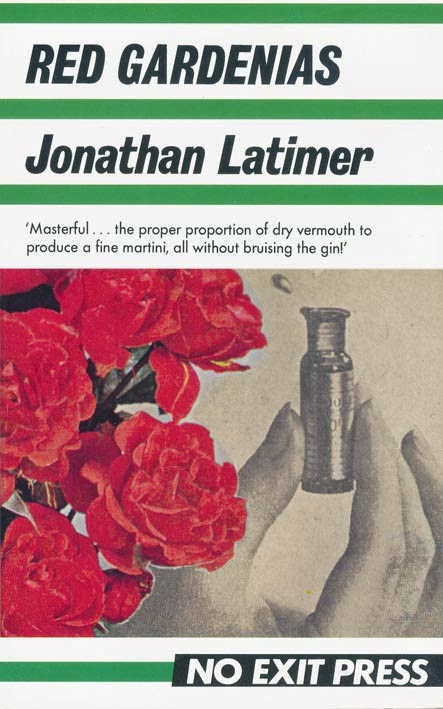 Bill Crane’s fifth and final mystery finds him teamed up once again with his old ally Doc Williams and the boss’s niece, Ann Fortune. Ann poses as Crane’s wife in their investigation of a murder and death threats to the family of an industrial magnate. On the way to cracking the case in his own inimitable way, Crane learns the secret of the gardenia perfume, the lipstick marks on the dead man’s face, the crimson cat, the three shelves and the hairpin! Latimer’s deft blending of suspense and humour is never better revealed than in Red Gardenias, which has been described as “Masterful….the proper proportion of dry vermouth to produce a fine martini, all without bruising the gin!”

Rich over at Past Offences has put up a monthly challenge for readers who wish to participate. The challenge is to post about something read or watched for a particular year. Our year in question for July was 1939.

Having been unable to locate a couple of candidates that lurk somewhere in the library – books by Eric Ambler and James Hadley Chase, I selected this one by Latimer on the basis that it was cheap and also because I already have Solomon’s Vineyard by the same author. If I already own one of his, another must be good, surely?

If I was comparing it to a drink, my particular analogy would be with a three day old pint of milk, left out on the doorstep in full glare of the blazing sun. Ok ….slight exaggeration then, more akin to a pint of beer that was poured out yesterday then forgotten about. It still does a job of sorts, but it’s not the best thing you’ll ever drink in your life.

I found Red Gardenias a bit dated. We have some uncomfortable racial references or slurs and some male chauvinism from Crane, when referring to Ann. I think I have less difficulty reading racist and misogynistic remarks in current fiction and interpreting the intent of an author and am better placed to attach a likeability-dislikeability quotient to a character, as a result, than I am when reading books 75 years old. Is Crane a racist, or is Latimer, or is neither and it’s just a reflection of the general attitudes of the time when the book was written?

That aside, we have Crane, Fortune and Williams trying to uncover a murderer, whose efforts have for the most part been successfully passed off as accidents. The duo or trio for the most part operate independently of each other. Our victims belong to a wealthy family and for a bit of the novel I was trying to remember who was who to whom….brother, son, cousin, wife, ex-wife, dead, or nearly dead.

Along the way, we were supplied with a range of likely suspects. I discovered that Bill Crane has a fondness for alcohol, which his pretend wife, Ann frowned upon. (He also partakes of laudanum – something I have heard of previously, but never really knew what it was – an opium preparation apparently.) In certain exchanges they did come across as a married couple, albeit one with issues in their relationship. I think an attraction was bubbling along under the surface, one which Ann was doing her best to suppress. I could imagine wedding bells had there been a 6th in the series.

In the end it all pulled together and was resolved satisfactorily.

I’ll score it a 3 from 5 as it wasn’t too bad overall. The main difficulty I have is finding myself overly sympathetic to troubles that befall rich people, I’m obviously too in touch with my inner-Marxist.

I’ll still read Solomon’s Vineyard at some point. The fact that it was banned or suppressed in the US for over 40 years piques my curiosity. I shan’t be reading more Bill Crane books though.

I bought my copy recently on Amazon.

PS, I can't recall the crimson cat or the three shelves mentioned in the blurb. I must pay closer attention in future!
Posted by col2910 at 20:19