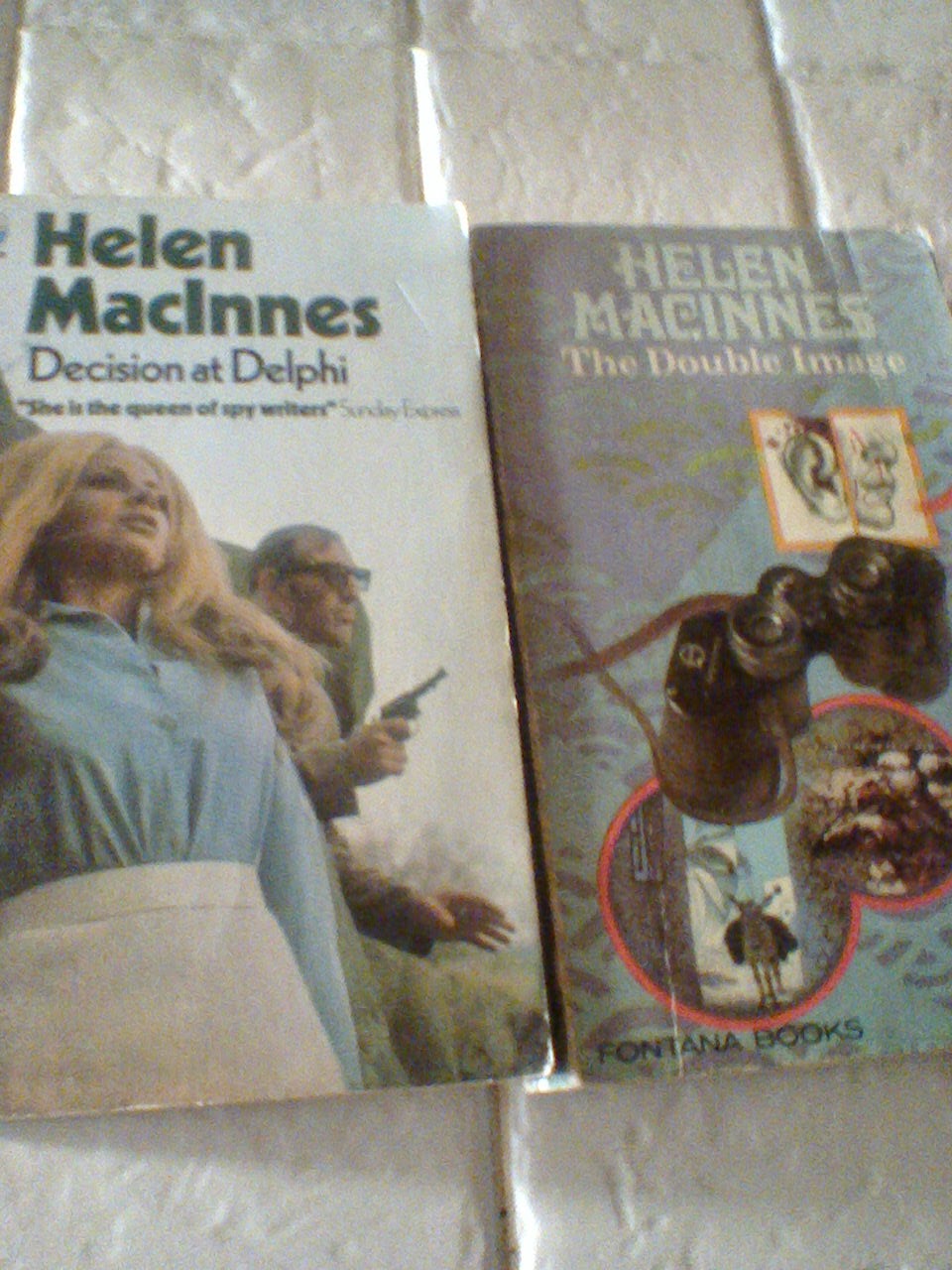 A couple more from the shelves. Helen MacInnes was a Scottish-American author of espionage fiction. She produced over 20 novels in her lifetime and has been tagged as “The Queen of Spy Writers.” (Sunday Express)

She was first published in 1939 and produced on average a book every two years, the last being Ride A Pale Horse which appeared in 1984, a year before her death. 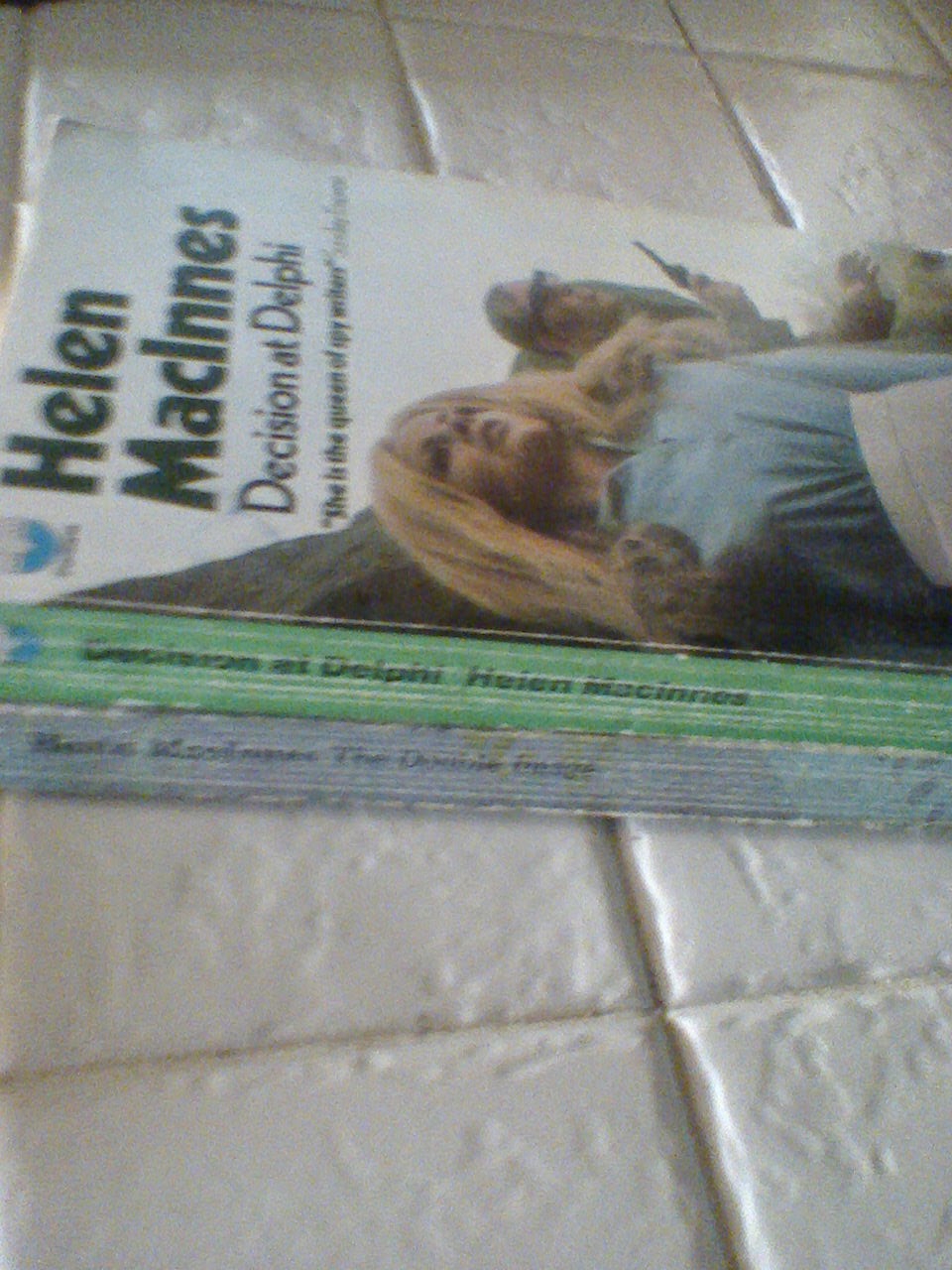 She was born and educated in Scotland and moved to the US in the 30's with her husband who worked for M16. 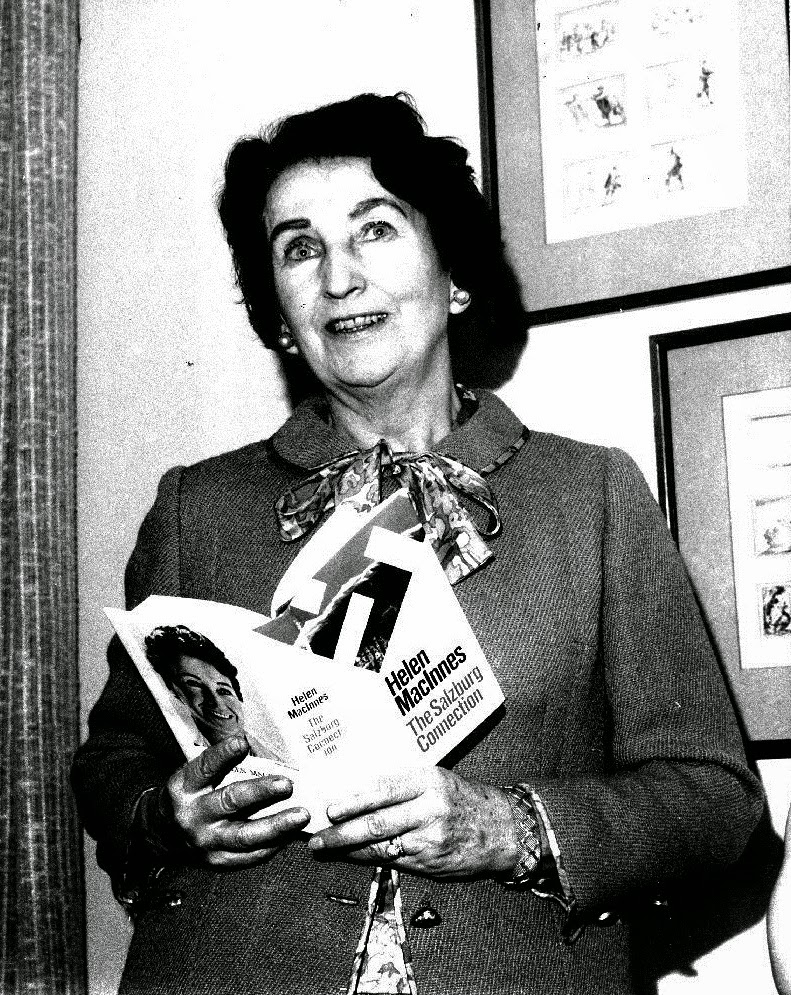 Her books mainly concern World War II and The Cold War and often have romantic elements in addition to the spy-thriller theme.

I’ve not read any of her books yet, but hope to rectify that sometime in the next year or so.

The two here were published in the 60's originally. 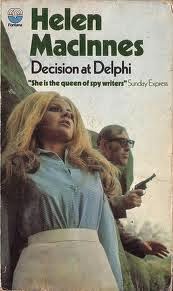 Just another routine overseas assignment. That's what successful young New York architect Ken Strang thought when a national travel magazine sent him to Europe to sketch Greek ruins.
What he did not know, until it was too late, was that from the moment he boarded the ship, he had become the pawn in a murderous game of international intrigue.
To Strang, danger was no object. He could take care of himself, but he had reckoned without Cecilia, his beautiful photographer. When he fell in love with her, he gave his enemies the one weapon they needed.

While carrying out research in Paris, American historian John Craig is surprised when he runs into his old college professor. Sussman is a worried man. A survivor of Auschwitz, he in shock, having seen and been seen by one of the Nazis who tortured him in the camp. But SS Colonel Berg has been dead for ten years – or has he? Before Craig can help solve the riddle, Sussman is found dead and Craig is being questioned by the police. As various international organisations are drawn into the hunt for Sussman’s killer, he realises that the ex-Nazi is far more than just a wanted war criminal.

Soon Craig’s search for the truth takes him from Paris to the island of Mykonos, where he must unmask a dangerous and powerful foe.
Posted by col2910 at 21:30