It's a bit of a tradition in our house. Every wedding anniversary - and there have been a few - we always go away for a weekend. We did it in the days pre-children and we continued with the outings after they came along.


Initially we used to vary our location, picking a coastal resort at random. One year Bournemouth, one year Weymouth, one year somewhere else. Circa 2000 we tried Lowestoft, over on the East Coast, approximately 130 miles from where we live in Bedfordshire.

With 3 young children, a sandy beach was a pre-requisite, as was a small amusement arcade. A cinema also was helpful in case of the weather being a total wash-out. A town with a variety of shops, but nothing too large. A place that was quiet, but not "dead" and conversely wasn't too busy and which didn't attract an element of British youth more interested in drinking, fighting and other types of "ing" that I'd rather my young family weren't exposed to.

After this first visit to the town, we liked it so much that every subsequent year has seen an annual pilgrimage to the town by the Keane collective. After an initial stay at a Bed and Breakfast establishment, we happened upon a lovely place in Kirkley Cliff - number 18 that we have returned to year on year. 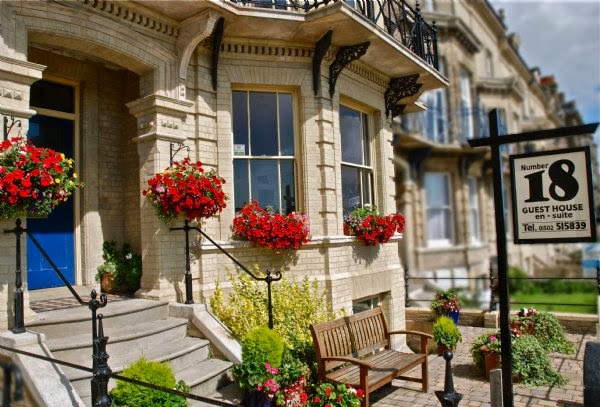 Our children are much older now 15, 18 and 19 and it's a source of continuing pride to me that even now they still want to join us in our celebration.

Friday 11th........ leave home 7am. Full English breakfast about 9am en-route, though two of our tribe went for the American menu option with pancakes and syrup accompanying the bacon. Arrive about 11.30 at our guest house. Dump bags in rooms and head off for a walk along the sea front and then around the town centre. Unsurprisingly I managed to visit a few bookshops, both of the new and second hand variety and added to the library. The rest of the gang managed to enjoy a bit of retail therapy also. We managed a spot of lunch and a refreshment whilst strolling around the town.

On our way out, we booked a table for dinner later that evening at a relatively new establishment called Iconic. We had been recommended this place in 2013, by our landlady but were unable to get in. We had better luck this time around. We checked the East Coast Cinema on our way back to our rooms but there was nothing showing that fitted our timetable. 4pm......back at the room having a read and a coffee....cue heavy eyelids and a bit of a snooze! Shower at 6pm, leave room at 7.40pm. Dinner at 8pm.
Steak, chips, onion rings and salad for me. No dessert - though I did have some of my son's cheesecake which he was struggling with. No alcohol - I haven't had an alcoholic beverage since the end of February, as part of my dietary regime, in an effort to shift a few pounds - the rest of the tribe enjoyed some wine and cider though. A stroll back along the sea-front and a nightcap at the Hatfield Hotel, which in my case meant coffee. We did catch the tail end of the hotel entertainment with a tired sounding vocalist singing along to his tape machine. It was harder to decide who was more jaded, him or his audience.

Saturday 12th........ on this day 26 years previously, my life changed immeasurably for the better (another story)...... 8.30am - cooked breakfast. 10am - sat on the beach in a chair reading (Lori Rader-Day's The Black Hour).....11'ish probably dozed off again for an hour or so! My son and youngest braved the cold North Sea for a pleasant swim. Afternoon on the beach - sandwich and coffee for lunch. 5pm....off the beach a little bit sore on the shins where I caught the sun, 5 minutes walk back to our guest house. Another snooze, a shower then dinner at another establishment recommended by Sandra our host. 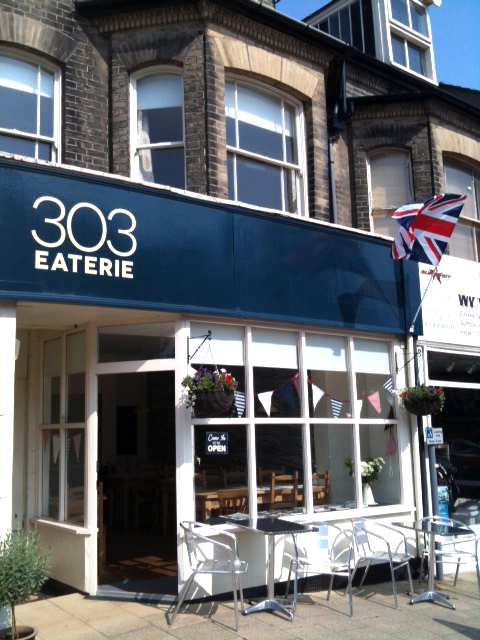 303 Eaterie - around the corner with about 5 tables maximum. Amazing home-cooked food in a lovely restaurant run by a friendly husband and wife team. Home-made chili and rice this time, followed by cheese and biscuits and coffee. Back in our room earlyish - or at least in time to catch the last 20 minutes of the penultimate World Cup match between Brazil and The Netherlands.

Sunday 13th...... up at 7am and I went for a pre-breakfast run along the sea-front as far as Pakefield Church  before running back along the beach, not quite fast enough to dodge the rain!  9am - cooked breakfast again. Checked out and hit the beach for a final chillax and a read. Our day was slightly marred by some changeable weather, though with the vagaries of an English summer, we were grateful for the amount of sun seen the previous day. After an hour or so, we were subjected to a fierce shower of rain, which arrived after my two girls had been for a swim. Coffee at the Thatch Restaurant, but sadly I couldn't indulge my competitive nature on the putting green opposite because of the weather. With no improvement imminent in the weather, we drove back towards home stopping for a wander around Bury St Edmonds for an hour or two, before continuing on home and arriving back early evening.


My family aren't that great at posting our own photos and I tend to rely on images found on-line for a lot of my non-bookish posts. But here's a link to a photo my eldest daughter put up as we were on our way out Saturday evening. Here!