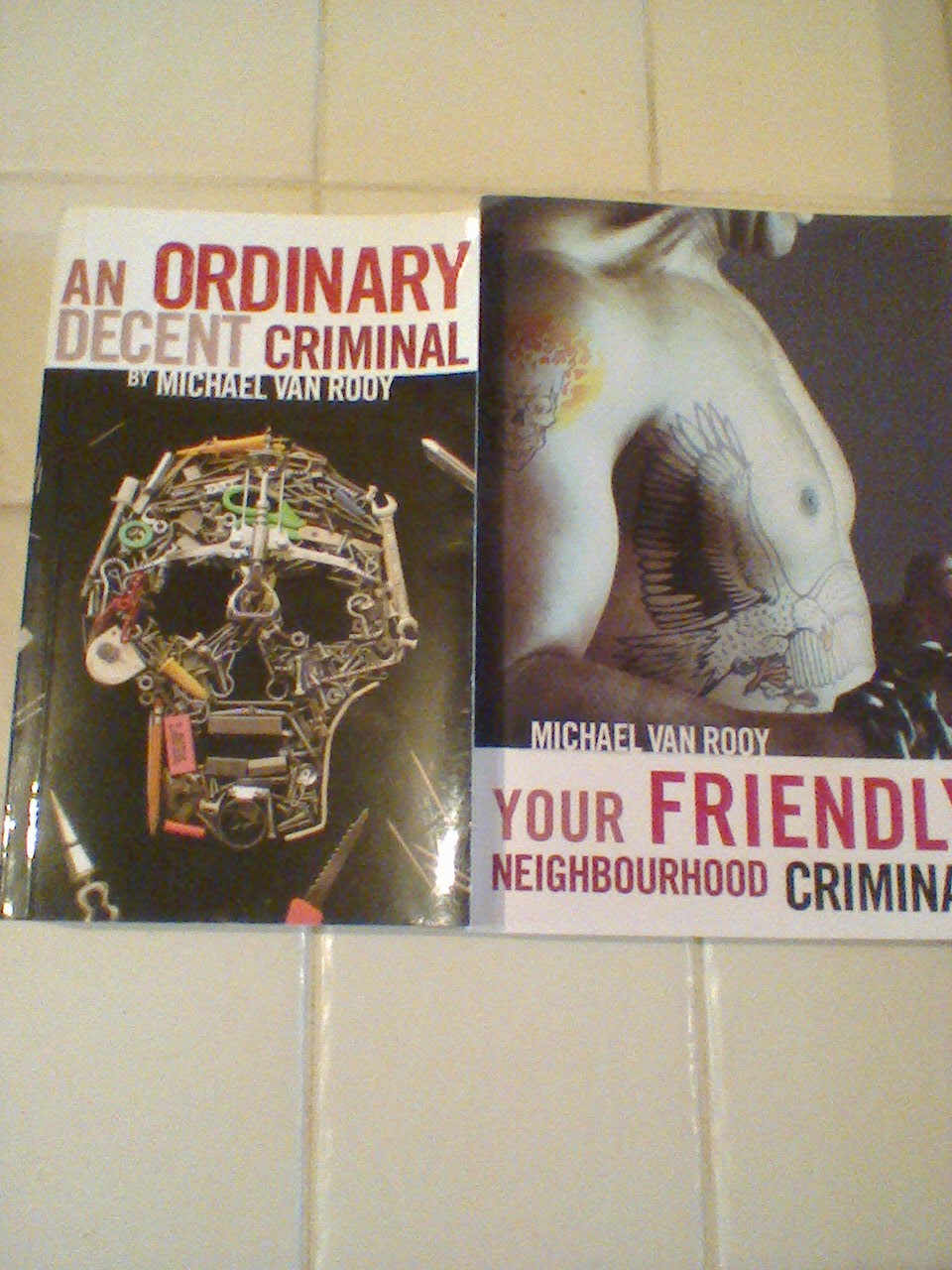 2 more this week from the ranks of the unread masses. We have a Canadian crime fiction author, sadly no longer with us - Michael Van Rooy died suddenly in early 2011 at the age of 42. See linked article. 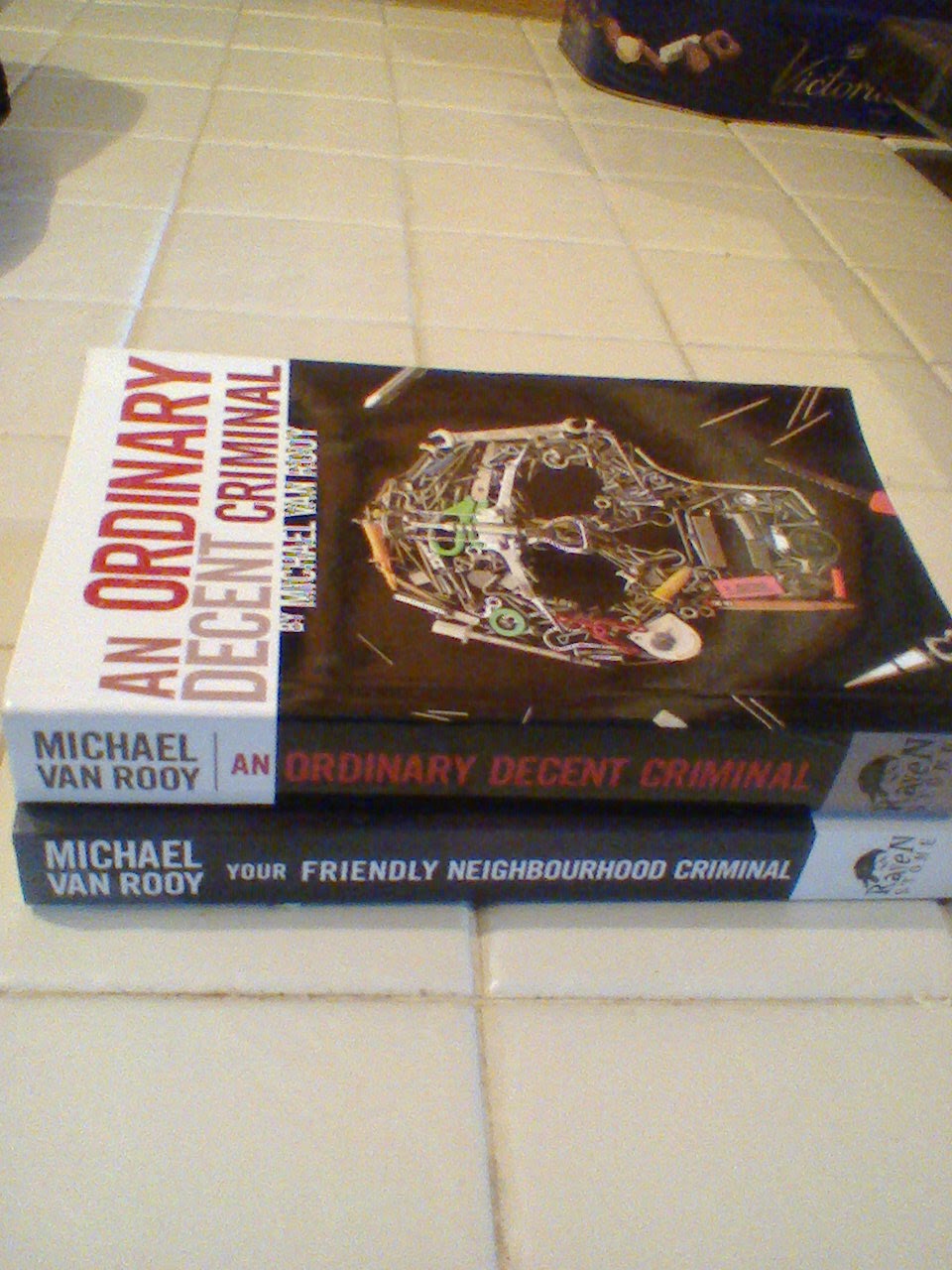 He published 3 books in total, all of which I have and all of which I'm sure I will enjoy, undoubtedly my pleasure will be tempered with a bit of sadness not just as a reader that there won't be any more, but more for the family he's left behind.


The 3rd title in his series is entitled - A Criminal to Remember. 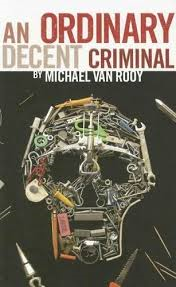 
Not since Jack Reacher has there been such a quick thinking, hard-edged antihero who readers will root for against all odds

All recovering drug addict and reformed thief Montgomery Haaviko wants to do is settle down with his wife and baby in their new home and work on building a straight life, one free of the day-to-day hustle and danger of being a career criminal. But for a man who's never held down a legitimate job it isn't going to be easy. When Monty foils a robbery in his new home, killing the intruders, he soon finds he has both a small-time crime boss and a star police sergeant looking for ways to ruin him, run him out of town, or kill him. It's going to take all of the tricks this streetwise ex-con has up his sleeves to prove his innocence, protect his family, and avoid the temptation of the life he left behind.

Montgomery Haaviko's Tricks of the Trade:

Be nice. Nice is good. Nice sets a standard. Then, when you get mean, the shock is strongest.

Armored cars are owned by people with guns.


When burglarizing a house move slowly. Then slow down. Now cut it by half. And you've got it.

A couple of drops of crazy glue on the tips of your fingers will eliminate fingerprints. 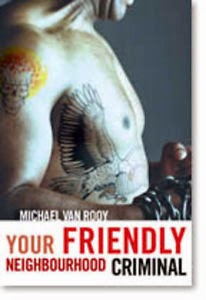 The truth frequently hurts and rarely sets you free.

Ex-criminal Montgomery "Monty" Haaviko would prefer to be known as the friendly neighborhood daycare provider. Unfortunately, it's his criminal past (and his extensive bag of tricks of the trade) that brings him to the attention of Marie Blue Duck, a Canadian activist who wants Monty to set up a route to smuggle refugees into the US. Monty's skeptical of her offer, but the money is too good to refuse. Even his wife, Claire, who ensures Monty stays on the straight and narrow, thinks he should take the job.

Marry the first person who doesn't publicly ask about the knife in your sock and the pistol in your waistband.

Monty's carefully laid plans quickly go off the rails when he squares off against local thug Samantha Richot, who tries to seize the route. Their power struggle rapidly escalates into kidnapping, torture, and a daring and highly explosive stand-off. Just when Monty thinks he might just have it all under control, his old jailhouse crony, Hershel "Smiley" Wiebe, shows up on his doorstep. Monty is more than suspicious of Smiley's motives, but figures if you should keep old friends close, you should keep old cons even closer.

Smile. If nothing else it makes them nervous.

Not since the bestselling novel Beat The Reaper or the TV show Burn Notice has there been such a quick-thinking, smart-talking anti-hero who will keep you pinned to your seat. A gripping and aggressive thriller, Your Friendly Neighborhood Criminal shows just how far a man will go to protect his family, home and neighborhood.