A quieter month in the Keane household film-wise. I can claim four films only but am fairly positive there were a couple more, but if I don't write them down, they disappear from the memory banks almost immediately. I'm hopeless at remembering recent things, stuff from long ago seems ingrained though...........should I be worried? 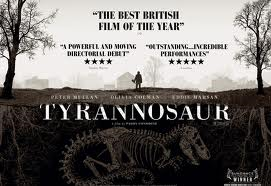 TYRANNOSAUR was uncomfortable but compelling viewing. Made I think in 2011, it features the always excellent Olivia Coleman (Broadchurch) as a victim of domestic abuse. Peter Mullan is superb also as Joseph. Set in Scotland there are some harrowing scenes involving violence against women and animals. Difficult to watch in places, but I never felt that the film gloried in violence but instead tried to deal with important issues in a kind of in-your-face fashion rather than skirt around them. Not a typical happy ending, but I felt the film left a message of hope for the main characters future. 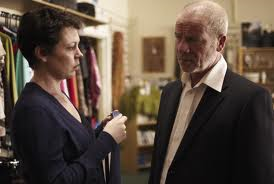 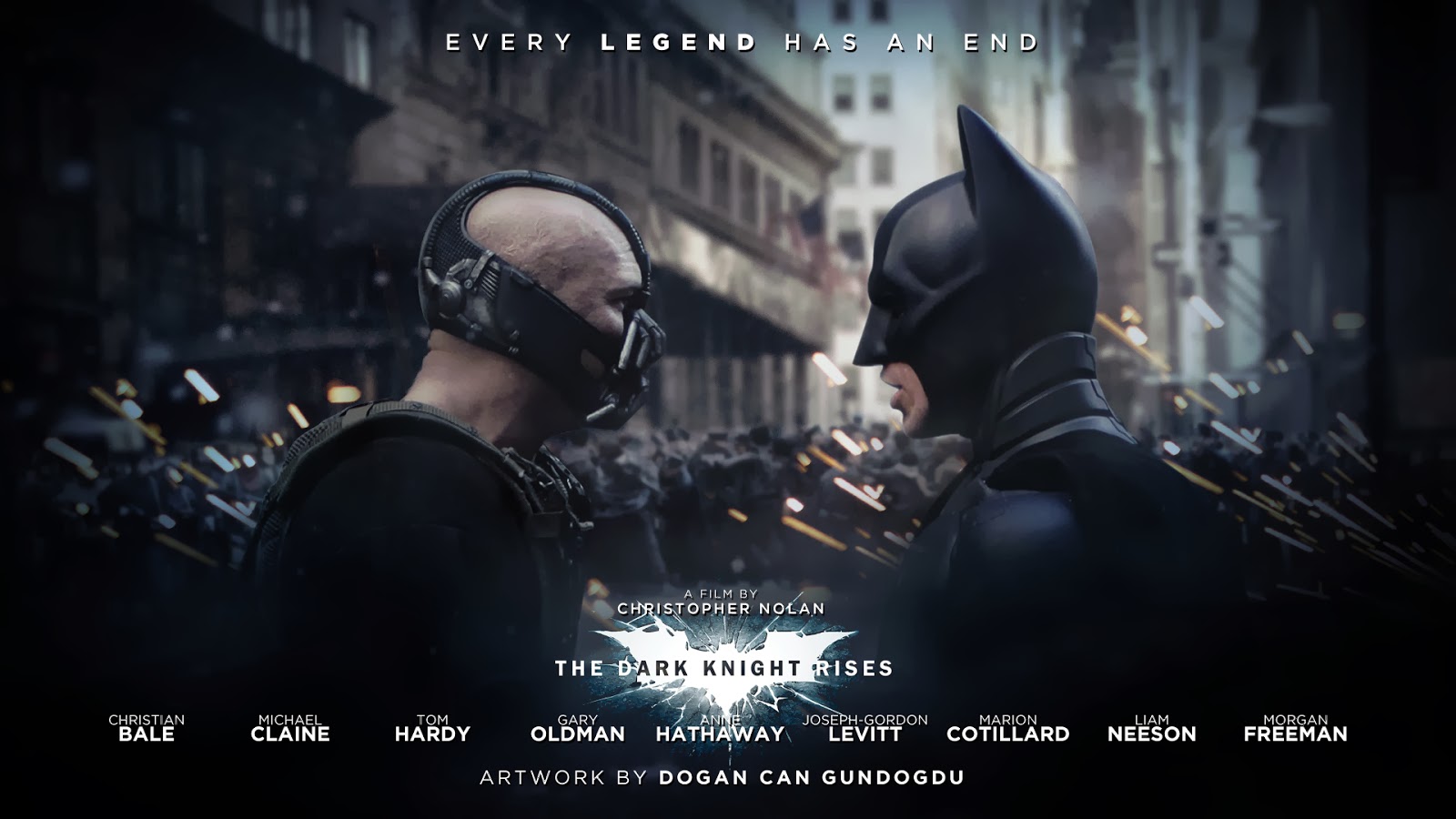 BATMAN: THE DARK KNIGHT RISES. I put the books down long enough to watch this with the family on a Saturday night. Enjoyable but over-long in my opinion. Not as good as the earlier one in the series featuring Heath Ledger. I don't think Christian Bale would rank on my list of favourite actors and whilst I do like Anne Hathaway I struggle to buy into her as vamped up glamour puss Cat Woman. There is something a little bit unconvincing about her as a sex symbol. She has more appeal when portrayed as the girl-next-door type. Michael Caine is enjoyable to watch. I don't think he ages as he seems to have had the same look and demeanour for the past 30 years and he must be about 178 years old by now.

Speaking of Anne Hathaway, next film up was THE DEVIL WEARS PRADA. Second viewing for me, which must have coincided with a slow book. Glenn Close is great, but I wouldn't claim the film as my favourite genre. 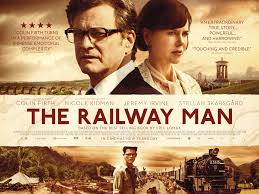 Lastly I went to my local library the other night with my wife to see THE RAILWAY MAN. No word of a lie, this is the second time my wife has been plonked in a seat next to someone with less than perfect personal hygiene. Try watching a film for two hours whilst holding your breath, not easy I can tell you, particularly when your husband spends half an hour giggling, before a whiff of unwashed flesh drifted across and nearly melted my eyeballs. At which point I decided to concentrate on the film. I read the book back in 2010 and was moved by the story of Eric Lomax and his war-time experiences as a prisoner of the Japanese in Burma. Colin Firth is great as the older Lomax and I do like a bit of Nicole Kidman now and again. (Just not too much of her please). An enjoyable, uncomfortable film. On balance I think I got more from the book.

TV, nothing much new. We continued with BROOKLYN NINE-NINE and I caught some of the Winter Olympics in Russia. How big a heart must you have to do ski-jumping? Absolutely petrifies me when the camera pans down the runway....give them all a medal I reckon. A bit of Six Nations Rugby - shame Ireland didn't hang on and beat England, but that's the nature of sport - your team doesn't always win. Lastly a few too many episodes of Aussie soap Neighbours. Well the kid's watch it and what am I supposed to do whilst its on? Will Georgia have Kyle back? Compelling stuff.......stay tuned.