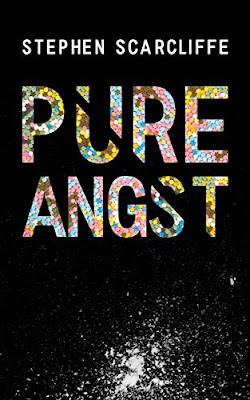 As bad blood threatens the old order, a restless new generation rise from their fathers’ shadows, ready to stamp their own identity on the city streets…

Billy “Curtains” Wright overcomes a dysfunctional home life by winning the respect of the local Muirhouse gang, before rising to a key position within Edinburgh's ecstasy scene. After falling for Lyndsay, a privileged girl from the other side of the tracks, his underworld ambitions are called into question. He accepts a contract to kill a dangerous rival before finding more than he bargained for, forcing him to confront his brutal childhood and the father he wants gone.

George “The Bull” Donaldson was the hardest in the playground, then the streets of Muirhouse. Now he’s a debt collector for his heroin kingpin father. After being taught a cruel lesson, he partners up with best pal Billy, but when family tensions erupt tough choices have to be made.

After being dragged into the middle of a feud between the uncle who mentored him and the father who just walked free from jail, Sean “Preemo” Donaldson is forced to choose a side. A letter from his estranged mother reopens old wounds and he contemplates the unthinkable.

As each man arrives at his own perilous crossroads, what path will he take?

Pure Angst is a gritty crime fiction novel set within 80’s and 90’s gangland Edinburgh, and one of its roughest housing estates. It charts the changing face of the drug scene, from a heroin and AIDS epidemic to the explosion of MDMA and rave culture…

Another trip to the seedy side of Edinburgh, this time thirty years ago and immersion into the world of criminality ..... drug culture, raves, the new drug in town - ecstasy, heroin, coke, weed, protection rackets, local taxes, imprisonment, battles for influence and territory, debt collecting, fights, beatings, murder, death, bookies, pubs, clubs, parties, chippys, security, football hooligans, casuals, fashion, police, rivalries, inter family feuding, friendships and a battle between the generations, with the old order struggling to keep the young pups in line - and with a bit of love and romance among the chaos. It's a busy book for its length - a shade over 200 pages.

I quite enjoyed the Scottish vernacular employed by the author. It does help set the scene and adds a layer of authenticity as to the novel's origins. I liked the different characters, with the thread of friendships and family histories, the disputes and resentments, the evolution of the relationships and the evolving loyalties.

There's a grittiness to the novel, there's more than a bit of violence, but never really excessive for the world the author is depicting. Brutality is strength, compassion and understanding is weakness, particularly in the eyes of Dougie, sitting at the top of the tree. There's a journey for the younger main characters - Billy, George and Sean as they forge their own paths,trying to escape the shadows of their parents. 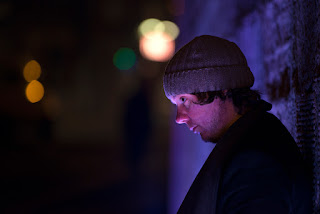 Pure Angst is the first of an intended trilogy. I wouldn't discount seeing where the story goes next. (Raging, the second book came out a few months ago.)