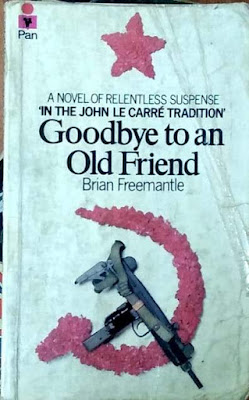 You can hardly turn the pages fast enough...

Viktor Pavel seeks asylum in Britain only a few days after his friend Bennovitch - and so completes the apparent defection of the most important research team that the Russians had ever established.

Adrian Dodds, Home-Office counter-intelligence expert, at loggerheads with his wife and his superiors interrogates both men.

Amid the menacing excitements of diplomatic intrigue and with the details of Russia's missile programme in its grasp, Whitehall grows impatient at Dodds' unwelcome suspicions...

"Post Cold-War chiller, well-paced and ingeniously staged... imponderables simmer until they explode in a blaze of anti-heroics. Grade A intrigue"  New York Times

An early Brian Freemantle novel and one penned a few years before his famous Charlie Muffin espionage series of books.

It's short - a bonus, with a compelling plot - a cat and mouse game unfolding between the two main protagonists and an outcome which put the final tick in all the boxes - pace, characters, setting, plot and solution. Almost makes me nostalgic for the Cold War days again, though to be fair, things presently are a bit frosty between Russia and the UK.

I really liked the set-up and the mental jousting between Pavel and Dodds in his debriefing interviews. Both have been around the block and know exactly what the other is trying to achieve. Both seem to know what the other one is thinking and often times they are right. Both are seeking to establish the upper hand in their encounters. It's a fascinating battle.

Dodds however is forced to abandon his long-established patterns and tactics and dance to another man's tune. The British PM is like a dog with two dicks and salivating at the prospect of an intelligence coup; one which when shared with the Americans will surely earn him some brownie points and increase his popularity with the public. Undue pressure is applied to Dodds to hasten the debrief, despite his concerns and suspicions that something is off about Pavel's defection.

Is Pavel genuine? Why would a devoted family man, expose his wife and adult children to the wrath of the Russian regime, who would surely enact reprisals against them for Pavel's defection and betrayal of the motherland?

I really enjoyed seeing the various sides of Dodds. As a de-briefer and intelligence officer, he's second to none - intelligent, persuasive, insightful with razor sharp instincts. He gets a personal dressing down by the PM, hilariously echoed by the PM's lackie and secretary. Politician's as we all know too well are quick to point the finger at others and play the blame game, oblivious to their own short-comings and mistakes. Dodds initially accepts the blame, for the lack of results with Pavel, before growing a pair and sticking up for himself - turning it back on the PM. His career is effectively toast anyway.

As a husband, he's a failure and inadequate, incapable of exercising any of the assertiveness we see when he's on the job. His wife's new female lover tells him he's too nice. As a boss, he's similarly weak and spineless in endeavouring to tame his secretary. She frequently displays her disdain for him, through her gestures, her time-keeping, her attitude. I enjoyed Dodds as a character and didn't find the two different facets of his personality ambiguous at all. I was really rooting for him to best his secretary and leave his wife with a flea in her ear.

The outcome wasn't too much of a surprise but I really bought into it. During the course of the book, we have little scenes set in Russia, with meetings and progress reports in respect of the situation, so there are hints as to what is happening. That said,the execution of the climax was brilliant.

Another post-outcome scene left me with a warm, fuzzy glow with Pavel holding Dodds' fate in his hands and deciding which way the cards would fall. 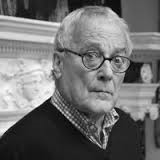 Charlie M, the first in Freemantle's series has been enjoyed before (another 5/5 read). Hopefully I'll get to some more of his books soon.