A couple from twenty-five years ago when current hot-shot (hot-shit?) Don Winslow was a newly published young pup of an author. 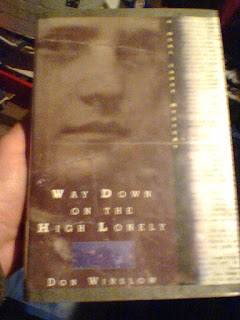 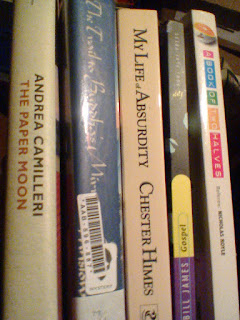 Winslow wrote five books in his Neal Carey series. I've read the first - A Cool Breeze on the Underground, but remember nothing about it. Buddha's Mirror and High Lonely are the second and third Carey books.

I have read more from him - California Fire and Life and The Death and Life of Bobby Z - but not in the last ten years. I do keep hearing amazing things about his books and I've bought a few of them in the meantime, but never got around to reading them.

The current rage is his Power of the Dog trilogy, comprising The Power of the Dog, The Cartel and this year's The Border. Maybe when I've read some of his other books including these two, I'll find out. 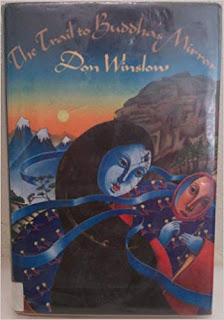 Robert Pendleton is a chemical genius with a fertilizer worth a fortune to whoever controls the formula. Not surprisingly, the Bank, his notoriously exclusive backer, wants to keep an eye on its investment. But so does the CIA. And the Chinese government. And a few shadier organizations. So when Pendleton disappears from a conference in San Francisco, along with all of his research, Neal Carey enters the picture.

Neal knows the Bank is calling in its chips in return for paying his grad school bills. He thinks this assignment will be a no-brainer -- until he meets the beguiling Li Lan and touches off a deadly game of hide-and-seek that will lead him from San Francisco's Chinatown to the lawless back streets of Hong Kong, and finally into the dark heart of China. In a world where no one is what they seem, Neal must unravel the mystery of a beautiful woman and reach the fabled Buddha's Mirror, a mist-shrouded lake where all secrets are revealed. 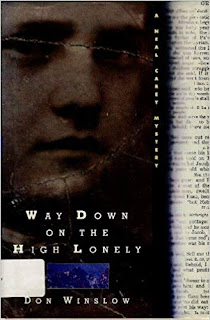 Neal Carey's third year of internment in a remote Chinese monastery is ended by a visit from Joe Graham, his one-armed mentor, bringing good news and bad: "Friends of the Family" have bought Neal's freedom - but before he can return to his beloved graduate studies, he has one small errand to run.

Without much choice or enthusiasm, Neal follows Graham to California to find two-year-old Cody McCall, who has been abducted by his father during a custodial visit. The trail leads Neal from Hollywood studios to the wilds of Nevada, where he must infiltrate a vicious group of white supremacists.

His undercover efforts require a saloon fight, a little cowboy work, and some survivalist training before he finds young Cody, and in the bargain learns more about human nature - including his own - than he ever wanted to know.

Weaving a modern private-eye story into an old-fashioned western, Don Winslow has written a gripping, unforgettable novel.
Posted by col2910 at 22:27