A pretty decent month's viewing - 4 cinema trips (my wife and I have just ponied up for monthly cinema passes with Odeon), a continuation of an on-going currently airing TV series and a couple of other films courtesy of the DVD stash and Netflix 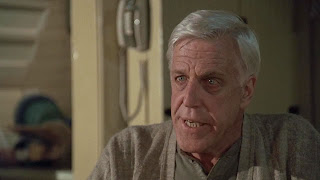 Cinema trip no. 1 - actually 1 and 2, as I had to see it twice - long story short, my younger daughter missed it first time around, so I took her. I've read the book (years ago), I've seen the original (1989 - can't forget Fred Gwynne's googly eyes and teeth as tall as gravestones) and from memory this one doesn't offer too much different from what went before. I enjoyed it both times. I wasn't scared shitless, but I did jump a few times, even second time around, even though I managed to anticipate most of the impending jolts to my nervous systems. Jason Clarke is pretty good, as is the young girl who plays his daughter. I also enjoyed John Lithgow's performance

Dr. Louis Creed and his wife, Rachel, relocate from Boston to rural Maine with their two young children. The couple soon discover a mysterious burial ground hidden deep in the woods near their new home. When tragedy strikes, Louis turns to his neighbour Jud Crandall, setting off a perilous chain reaction that unleashes an unspeakable evil with horrific consequences.


A couple of episodes watched in the month - up to no.3 I think and if I'm honest not my favourite series of the bunch. I've enjoyed all of the earlier ones more. Slightly implausible, improbable, unbelievable - I can't actually buy into Stephen Graham's OTT manicness and totally off the rails behaviour. Sorry.

From the Radio Times ........
Adrian Dunbar, Vicky McClure and Martin Compston are confirmed to be reprising their roles as the officers of AC-12, returning to the job as Supt. Ted Hastings, DI Kate Fleming, and DS Steve Arnott.

A first-look image has also been released, revealing “Balaclava Man” John Corbett (Stephen Graham) and Lisa McQueen (Rochenda Sandall). These two guest leads are pivotal figures in a deadly organised crime group which is known to have links with corrupt police officers.

Take a look at the trailer and you get a few clues as to what he’s hinting at – including an ominous shot that appears to show Ted Hastings standing in a prison cell. The pressure is clearly on as we see not just one balaclava man but a whole gang, headed up by Stephen Graham’s John Corbett, with three police officers murdered in a hijacking.

And over it all hangs the big unanswered question: who is “H” – the shadowy police insider with direct command of a network of balaclava-clad criminals? (And no, Adrian Dunbar is NOT happy about those Line of Duty hints that Hastings could be H.)


Cinema visit again. Alright I suppose - think Sunshine on Leith but shit. Noel Clarke's character is annoying. Daniel Mays is alright, but I'm kind of used to him get killed off after about 10 minutes of whatever he is in. I didn't fall asleep, I laughed a few times, I'm glad I didn't pay full ticket prices though. I might have been more disappointed. The better half wasn't mega-impressed, but it was an evening out.

Fisherman's Friends is a 2019 biographical comedy-drama directed by Chris Foggin from a screenplay by Nick Moorcroft, Meg Leonard and Piers Ashworth.

The film is based on a true story about Port Isaac's Fisherman's Friends, a group of Cornish fishermen from Port Isaac who were signed by Universal Records and achieved a top 10 hit with their debut album of traditional sea shanties.[1]

It was produced by Nick Moorcroft, Meg Leonard and James Spring, who produced hit film Finding Your Feet through their production companies Powder Keg Pictures and Fred Films.


Abort, abort .......tickets booked, rocked up at the cinema and they couldn't show the film - no licence. Thanks for letting me know guys! Went to see Hellboy instead, so as not to waste the trip.

Frances finds a handbag on the New York subway and promptly returns it to Greta, an eccentric French piano teacher who loves tea and classical music. Having recently lost her mother, young Frances strikes up a seemingly harmless friendship with the lonely and kindly widow who enjoys her company. But when Greta's behavior becomes increasingly erratic and obsessive, Frances does whatever it takes to end the toxic relationship before things spirals out of control.

Cinema and not something I was intending to see. Ok, mildly entertaining, a few laughs, but I'm not a fan of the Super Hero genre. I've seen the first in the series years ago - who hasn't? Don't think I've ever seen the second. Ian McShane is in it. He must be about 130 years old now, he seems to have been around for ever. I stayed awake throughout, so it wasn't that bad.

Hellboy is a 2019 American superhero Fantasy Horror film based on the Dark Horse Comics character of the same name. Directed by Neil Marshall, the film stars David Harbour in the title role, alongside Milla Jovovich, Ian McShane, Sasha Lane, Daniel Dae Kim, and Thomas Haden Church. It is a reboot of the Hellboy film series, and the third live-action film in the franchise. The film draws inspiration from the comic books Darkness Calls, The Wild Hunt, The Storm and the Fury, and Hellboy in Mexico.

The project began as a sequel to Hellboy II: The Golden Army (2008), with Andrew Cosby and Hellboy creator Mike Mignola writing the script. Guillermo del Toro was not offered the full writer-director capacity he had performed in the first two films, and Ron Perlman, who portrayed Hellboy in the previous films, refused to return without del Toro's involvement. The project was turned into an R-rated reboot after Marshall was hired as the director and Harbour cast as Hellboy. Principal photography began in September 2017 in the United Kingdom and Bulgaria and ended in December 2017.


I was away with the wife for a day or two in Norfolk and the place we stayed at had a TV, but no TV licence. We ended up rooting through their DVD collection and found this gem. I'm not a massive fan of either Leo or Tom, but have to admit the more I see of them, the more they are growing on me. Christopher Walken also stars in this, and him I do like. I really liked this one. I do like a con man in my reading, and also my viewing. I liked the film even more once I realised it was based on a true story, undoubtedly told with a bit of artistic licence.

This one pushed Matchstick Men close as my favourite of the little con man niche - more recommendations welcome!

Funnily enough, as the guy's name - Frank Abagnale Jr. - dropped, I thought I'm pretty sure I have a book by him...... 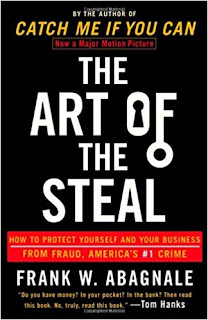 Frank Abagnale, Jr. (Leonardo DiCaprio) worked as a doctor, a lawyer, and as a co-pilot for a major airline -- all before his 18th birthday. A master of deception, he was also a brilliant forger, whose skill gave him his first real claim to fame: At the age of 17, Frank Abagnale, Jr. became the most successful bank robber in the history of the U.S. FBI Agent Carl Hanratty (Tom Hanks) makes it his prime mission to capture Frank and bring him to justice, but Frank is always one step ahead of him.

Saw the advert, thought I'll have some of that. Enjoyable retelling of the hunt to capture/kill 30s legends, Bonnie and Clyde. I liked it and so did the wife. Watched over two nights, as it was a bit long. I do like a crime-cop-gangster-movie and the cast was pretty good; Woody Harrelson - loved him in Three Billboards - Kevin Costner and Kathy Bates are prominent.

Two steely former Texas Rangers are tasked with tracking and killing infamous criminals Bonnie and Clyde in this crime drama based on real events.


Sad, sobering, chilling, heart-breaking. Not a film you enjoy, more like endure. Incredible performances. How quickly you forget, I can't believe it's nearly eight years since this happened.

In Norway on 22 July 2011, right-wing terrorist Anders Behring Breivik murdered 77 young people attending a Labour Party Youth Camp on Utøya Island outside of Oslo. A three-part story. About the survivors of the attacks, the political leadership of Norway, and the lawyers involved. Written by Ulf Kjell Gür


Instructions were issued by daughter #1 - watch this one ahead of the forthcoming blockbuster.

Not a fan of this type of film TBH. If anyone can do anything, at anytime - I have issues believing in the characters and the events portrayed.

A stellar cast - a few favourites actors which I enjoy watching. Very long - IMO. I got bollocked for cat-napping towards the end - can you blame me?

Absolutely buzzing for the cinema trip in May to catch the next installment - NOT!