A couple this week from Donald Goines and the 70s. 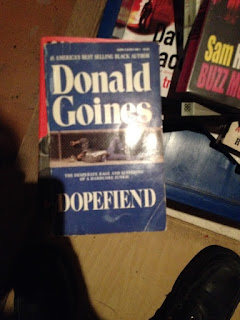 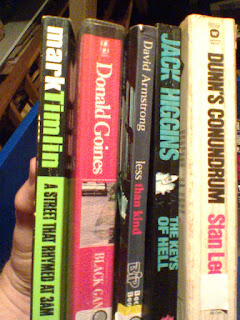 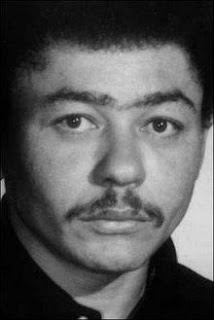 Donald Goines penned 16 novels over a five year period, after he turned to writing during a prison sentence. He served in the US military during the Korean War, became addicted to heroine and turned to crime to support his habit.

He was murdered in 1974, along with his common-law wife, Shirley Sailor - both the victims of multiple gunshot wounds. The killer(s) was never caught.

Popular theories involve Goines being murdered due to his basing several of his characters on real life criminals as well as the theory that Goines was killed due to his being in debt over drugs. (Allen, Eddie (2003). Low Road: The Life and Legacy of Donald Goines. MacMillan. ISBN 0312383517) 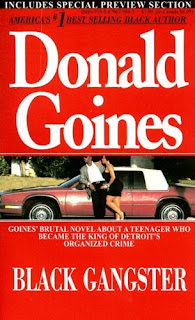 A large part of Goines' thirty nine years of life was spent being a successful pimp, a heif, an operator of corn liquor houses, an armed robber, and a small time dope dealer. He lived the life of the streets and out of that experience he created Prince, the anti-hero of Black Gangster!

It's the story of the shocking underworld of black organised crime and the fledgling black "godfather" who goes from teenager ganglord to powerful Detroit mobster. Like the gangsters of the 1920's, he begins with boot-legging and branches out into every known crime. 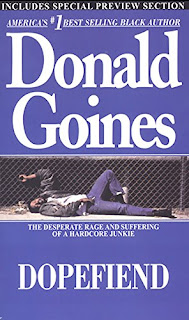 For twenty-three years of his life Donald Goines lived in the dark, despair-ridden world of the junkie. It started while he was doing military service in Korea and ended with his murder at the age of thirty nine. He had worked up to a hundred dollars a day habit and out of the agonizing hell came Dopefiend!

It is the shocking nightmare story of a black heroin addict. Trapped in the festering sore of a major American ghetto, a young man and his girlfriend- both handsome, talented, and full of promise- are inexorably pulled into death of the hardcore junkie!