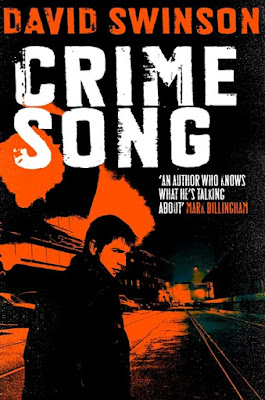 Frank Marr was a good cop with a bad habit. Now forced to retire from the Washington D.C police, he scrapes a living as a private investigator.

His latest case is personal - Frank's cousin Jeffrey is involved with a drugs operation. But when Jeffery's body is turns up in Frank's house, it's clear he was in deeper than anyone realized.

Stolen from the scene are Frank's revolver - the murder weapon - and his cherished music collection. With his reputation on the line, Frank is as determined to uncover the truth as he is to feed his habit, and both pursuits could prove deadly.

My second David Swinson - Frank Marr outing in the month and another top read.

The Second Girl focused on Frank's efforts to save a victim of forced prostitution. Here his skills are concentrated on saving his own skin, after his cousin and the subject of his latest case is found dead in his own house.

Drug use, drug dealing, burglaries, nightclubs, cops moonlighting, fenced goods, a criminal enterprise, a stolen gun, a stolen record collection, a dead family member, a set-up and though we don't know it yet - possible payback, a taxi cab involved, a concerned relative, another death, stakeouts, a shakedown, a violent interrogation, a frail and helpless elderly relative, cooperation with the police - up to a point, stepping over the line, a fractured friendship-cum-romance, an addiction needing feeding, a plan, a motel hideout, another death, a brutal confrontation, a suicide, a stitch-up, the end - with a helluva lot more in-between.

A busy book, that gets down and dirty on Washington's streets with a main character that I was rooting for, despite his many faults and issues. Plenty of lowlifes in the mix, plenty of criminality on display as Frank - impatient with the pedestrian progress of the police investigation into his cousin's murder and just as importantly his stolen record collection (his last sentimental link to his mother) - takes things into his own hands, unbound by the niceties of police rules and regs.

Harsh, tough, uncompromising, populated by villains and victims with an imperfect, flawed hero at its centre. 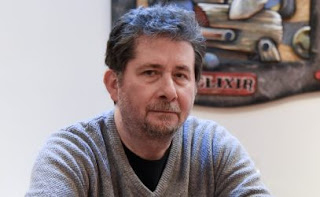 My kind of book and roll on Trigger - the third Frank Marr offering from David Swinson.