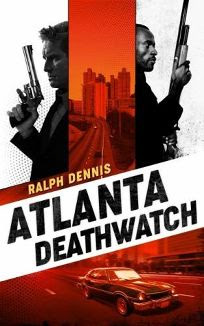 The first novel in the unforgettable, ground-breaking series by Ralph Dennis is finally back in print… after being coveted for years by collectors of the very best in hardboiled fiction.

It's Atlanta, 1974. Jim Hardman was a mediocre cop until he was wrongly accused of corruption and thrown off the force. Now he works as an unlicensed PI, trouble-shooter and bodyguard…often partnered with his drinking buddy Hump Evans, a black, ex-NFL player who supports his playboy lifestyle by working as hired muscle.

Hardman is hired by The Man, a black mobster, to investigate the murder of his white girlfriend, a college student. It’s a case that plunges Hardman and Evans into the center of a violent street war that stretches from Atlanta’s seedy back alleys to the marbled corridors of power.

Praise for the HARDMAN novels:

""Exceptional characterization, strong and vigorous prose, and a glimpse into a place and time that has long since disappeared." Mystery Scene Magazine

Not an author or book, I would ever have had on my radar without Lee Goldberg and Brash Books breathing new life into the series, by republishing all 12 of the Hardman series of books by Ralph Dennis. (Eight or nine to date with the remaining to follow soon.)

After reading this one, I'm so glad they did. Lots to like here in this mid-70s novel of an ex-cop PI looking into the murder of a white college girl for her black gangster boyfriend. Pace, characters, plot, setting and outcome - all ticks in the box.

I liked the investigation from Hardman..... his persistence, his unwillingness to be frightened off by threats, his attitude, his intelligence, his humour and probably most of all his relationships with those around him. I liked the way he helps his cop friend out with money without embarrassing him.

We get Hardman's back story; the loss of his cop career and more importantly the demise of his relationship with Marcy King, the friendship with Hump - a black ex-football player - a relationship of equals, full of trust and loyalty. I enjoyed the fact that Hardman and Hump are prepared to get on the wrong side of the law to earn a crust. 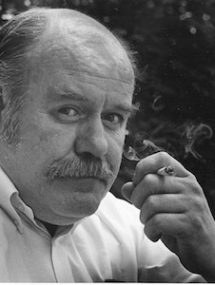 It's an interesting story that moves along at a decent clip. We get to see both sides of Atlanta - the white, monied political elite and the black criminal side and they're not so very different in a lot of respects, both with their dirty secrets, both interested in power and money. I soon gave up trying to guess who was making all the moves in the background and was responsible for events, I just went with wherever Dennis decided to take me. There's a fair few twists and turns before a decent outcome.

I liked the scenes in the redneck bar with Hardman and Hump struggling to get served. I chuckled at the outcome of that. I can tell I'm going to have fun reading this series of books.

There's an enjoyable introduction from Joe R. Lansdale at the start of this book as well, which whets the appetite for what comes afterwards and also has me possibly adding to my TBR pile with a mention of a Brian Garfield book which sounds intriguing. 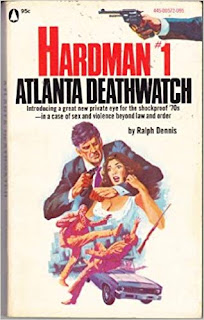