A couple from Deathwish author, Brian Garfield this week. 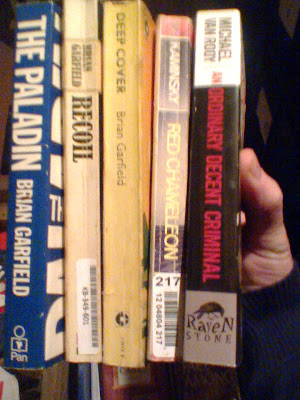 I've read a few from him in the past - Deathwish, What of Terry Conniston? and the amazing Hopscotch, but he's not really someone I turn to very often, even though I must have a dozen or so more of his books in my collection and bearing in mind everything I have read from him I've really enjoyed.

He wrote nearly 40 novels and some non-fiction in a publishing career spanning the years 1960 to 1989. He sadly died last year. 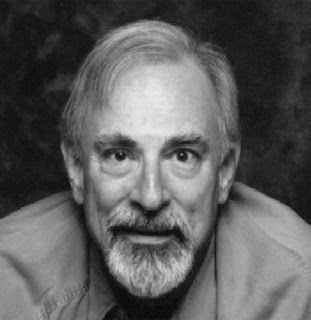 Brian Francis Wynne Garfield (January 26, 1939 – December 29, 2018) was an American novelist and screenwriter. He wrote his first published book at the age of eighteen and wrote many novels under such pen names as "Frank Wynne" and "'Brian Wynne" before gaining prominence when his book Hopscotch (1975) won the 1976 Edgar Award for Best Novel. He is best known for his 1972 novel Death Wish, which was adapted for the 1974 film of the same title, followed by four sequels, and the 2018 remake. His follow-up 1975 sequel to Death Wish, Death Sentence, was very loosely adapted into the 2007 film of the same name; it had an entirely different storyline, but with the novel's same look on vigilantism. Garfield is also the author of The Thousand-Mile War: World War II in Alaska and the Aleutians, which was a finalist for the Pulitzer Prize for History. Garfield's latest book, published in 2007, is Meinertzhagen, the biography of controversial British intelligence officer Richard Meinertzhagen. 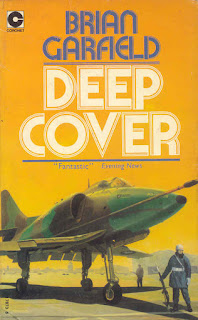 A Soviet spymaster launches an audacious plan against the American military.

The KGB calls it Amergrad. Buried deep in Siberia, just a few hundred miles from the Chinese border, it's the most tightly guarded secret in the Soviet Union. Away from the frigid tundra, behind wall after wall of barbed-wire fence, is a perfectly ordinary small American city. It has gas stations, diners, movie theaters, and more cars than all of Leningrad. The residents speak English at all times, observing every custom of American life until it becomes second nature. When they graduate, they move to Tucson.

Two decades later, Tucson is the center of the American military-industrial complex, and graduates of Amergrad are in positions of power at every level. These perfect Soviet spies hold the keys to the American nuclear array, and their mission is about to begin. 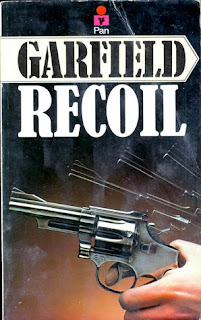 Years after going into hiding, a witness must run from the mob again.

Fred Mathieson was not an ordinary witness against the mob. He was never in the organization, and didn't testify against gangster Frank Pastor to save his own skin. Mathieson is a lawyer, and took the stand simply from a desire to do the right thing. His conscience destroyed his life, but he built a new one. Now his long-ago testimony is about to put him and his family back in danger.

For nearly nine years, Mathieson has been safe in the Witness Security Program, working as an entertainment attorney in California. But Frank Pastor is a few days away from parole, and he has decided to take revenge. By blackmailing a clerk in witness protection, the mobster finds Mathieson's new name, so the chase will start again.