THE TENERIFE EIGHT (AND A BIT)

A week away with the family and a chance to catch up on some reading while enjoying the sun and a few Doradas. 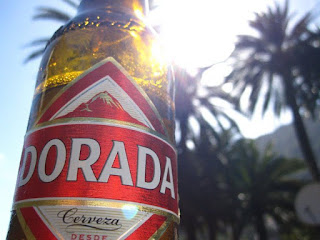 One read in progress finished off, seven more completed and the intro to another one started....

I hadn't planned on reading this but needed a book that would appeal to my wife as well and having picked up a cheap copy of her earlier, highly praised novel - The Dry - it seemed a good choice. Glad I did - an enjoyable trip to the Australian wilderness.

Five women go on a hike. Only four return. Force of Nature begs the question: How well do you really know the people you work with?

When five colleagues are forced to go on a corporate retreat in the wilderness, they reluctantly pick up their backpacks and start walking down the muddy path.

But one of the women doesn't come out of the woods. And each of her companions tells a slightly different story about what happened.

Federal Police Agent Aaron Falk has a keen interest in the whereabouts of the missing hiker. In an investigation that takes him deep into isolated forest, Falk discovers secrets lurking in the mountains and a tangled web of personal and professional friendship, suspicion, and betrayal among the hikers. But did that lead to murder?


I enjoyed an earlier book by the author - Manchester Vice and this was another entertaining outing with Mr McLean and a memorable lead character with a slightly strange way of behaving.

After unscrupulous young Lawrence is recruited to work as an assassin for the British Secret Service, everything goes well - until he gains access to a locked room at his workplace, and uncovers a terrible secret.

Lawrence’s newfound knowledge forces him to choose between going on the run, or engaging in a life and death conflict with his employers.

I'm a sucker for short story anthologies and this one sounded quirky after receiving an invite to read it. It didn't let me down. I only had about three in the collection to finish as it was an ongoing read before the holiday.

A dozen dark fiction masters bring their twisted vision to the world of professional wrestling. Twelve original stories of crime, horror, humor, and taboo. Ohhh, yeahhh! This ain’t no kayfabe, baby. This is hard-hitting wrestling fiction that grips like a Camel Clutch, and pins the reader to the page for the count of one, two…THREE!

Probably the best of the holiday bunch. Looking forward to more from this author with a second due out early next year - February's Son.

An exciting, evocative first-in-series noir novel set in 1973 Glasgow, a city on the cusp of a heroin epidemic, featuring detective Harry McCoy.

When an 18-year-old boy shoots a young woman dead in the middle of a busy Glasgow street and then commits suicide, McCoy knows it can't be a random act of violence. With a newbie partner in tow, McCoy uses his underworld network to build a picture of a secret society run by Glasgow's wealthiest family, the Dunlops. Drugs, sex, incest; every nefarious predilection is catered to, at the expense of the lower echelon of society, an underclass that includes McCoy's best friend from reformatory school - drug-Tsar Stevie Cooper - and his on-off girlfriend, a prostitute, Janey. But with McCoy's boss calling off the hounds, and his boss' boss unleashing their own, the Dunlops are apparently untouchable. McCoy has other ideas.

First time outing with Segura, though I have most of his Fernandez series on the pile including one the author sent to me about a year ago, that shamefully I still haven't read. Enjoyable and gripping, though the main character did kind of irritate me. I hope he deals with some of his issues before I get to the second in the series

Pete Fernandez is a mess. He's on the brink of being fired from his middle-management newspaper job. His fiancee has up and left him. Now, after the sudden death of his father, he's back in his hometown of Miami, slowly drinking himself into oblivion. But when a coworker he barely knows asks Pete to locate a missing daughter, Pete finds himself dragged into a tale of murder, drugs, double-crosses, and memories bursting from the black heart of the Miami underworld - and, shockingly, his father's past.

Making it up as he goes and stumbling as often as he succeeds, Pete's surreptitious quest becomes the wake-up call he's never wanted but has always needed - but one with deadly consequences.

Welcome to Silent City, a story of redemption, broken friendships, lost loves, and one man's efforts to make peace with a long-buried past to save the lives of the few friends he has left. Silent City is a gritty, heartfelt debut novel that harkens back to classic PI tales but infused with the Miami that only Alex Segura knows.


I've read a short story collection from Thorn before and enjoyed it - Criminal Thoughts. This one has sat on the pile for a while - so long in fact it has been re-issued recently along with Dread and The Mistake and all the other Number 13 Press titles by Fahrenheit 13


When Benny Gower murders his business partner few people doubt his good reasons for doing so. Unlike Benny, it’s not as if Harry Weir was popular. But he was the heir to Birmingham’s most violent and dangerous criminal organisation.

A bit weird this one, but strangely compelling.

Mr Madden, spy, infiltrates a far right nationalist group in order to set up the thugs for something far more serious than their usual boozy street fights.

Mr Madden, serial killer, sculpts his Candidates into bizarre and macabre artworks within the bare walls of his dungeon workshop.

And if he is to keep one step ahead of the police, the secret service and his own gory instincts, Mr Madden is going to have to find the answer to the one question that hangs over all our heads:

What would Charles Dickens do?

"This is a laugh out loud, erudite, sly, blood-and-gore-soaked evisceration of an England we would prefer to pretend does not exist, with a series of cut-throat observations and knock-out one-liners that would make even the best political satirist weep with envy. A set of finely-tuned characters tread the boards in a horrifyingly amusing, twisted, sex 'n' drugs-crazed examination of vengeance - both personal and state sanctioned. Oh yes, and did I mention that it's a love story?" -Lesley Ann Sharrock (author of The Seventh Magpie and Fatal Reaction)

Very enjoyable - a tale of three people, mostly with a dead girl at the centre of things.

A mutilated body is found on a lonely street in Reykjavik. Detective Grimur intends to see that justice is done.

Kjartan Jonsson vows that his daughter's killer will be punished. And that the punishment will fit the crime.

Prime suspect Gunnar Atli desperately needs to prevent his own dark secrets from coming to light. And he's not the only one.

Fine lines separate truth, justice and vengeance. Put a foot wrong, and any one of them could be making the biggest mistake of his life.

"A tense and atmospheric Nordic Noir. Another belter from Number Thirteen Press." -Paul D. Brazill (author of Guns of Brixton and A Case of Noir)


I've overlooked Mr E for too long now and time to remedy that failing. Not really started it yet just the introduction so far. Over four years since I read The Bitch - shit!

A mix of Cajun gumbo, a couple tablespoons of kinky sex and a dash of unusual New Orleans settings and you wind up with Les Edgerton’s latest romp fest!

Pete Halliday is busted out of baseball for gambling and travels to New Orleans to make his fortune hustling. Five years later, he’s deep in debt to bookie and in cahoots with Tommy LeClerc, a Cajun with a tiny bit of Indian blood who considers himself a red man.

Tommy inveigles a reluctant Pete into one scheme after another, the latest a kidnapping scheme where they’ll snatch the Cajun Mafia King and hold his amputated hand for some serious jack.

Along the way, Pete is double-crossed by Tommy and falls in love with part-time hooker and full-time waitress Cat Duplaisir. With both the Italian and Cajun mobs after them, a chase through Jazz Fest, a Tourette’s outbreak in a black bar and other zany adventures, all seems lost.

Fans of Tim Dorsey’s character Serge Storms, and readers who enjoy Christopher Moore and Carl Hiaasen will enjoy this story.