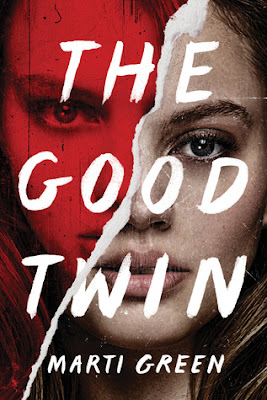 Mallory Holcolm is an unfulfilled waitress and aspiring artist living in a Queens boardinghouse when she learns something astonishing about her past: she has an identical twin sister named Charly she never knew existed.

Charly is a Princeton graduate, a respected gallery owner, and an heiress married to her handsome college sweetheart, Ben. Charly got everything she ever wanted. Everything Mallory wanted, too. And now having it all might be easier than Mallory ever imagined. Because Ben has reasons of his own for wanting to help her.

It begins with his startling proposal. All Mallory has to do is say yes.

But as their devious plan falls into place, piece by piece, Mallory learns more about her sister and herself than she ever meant to—a discovery that comes with an unexpected twist. A chilling deception is about to become a dangerous double cross. And it’s going to change the rules of Ben and Mallory’s game to the very end.

On the whole, an okay read which I enjoyed despite a few issues with the plot. I wasn't entirely convinced about some of the characters' behaviour either. That said, the author has an easy style which once I got into the narrative had me turning the pages fairly rapidly.

Our story in a nutshell. Two twins separated at birth, one - Mallory remained with her mother and was raised without luxuries in borderline poverty, actually no borderline about it. The other - Charly was adopted by mega-rich parents and had an opulent upbringing enjoying the best of everything.

Fast forward a bit, Charly's husband Ben is unhappy. He's been playing away and fancies a life with his mistress without sacrificing the money and lifestyle he has become accustomed to. He meets Mallory somewhat fortuitously and spins her a yarn about Charly's awfulness and convinces her to imitate Charly, so they can do away with her, drop in the long lost sister twin doppelganger and divvy up the wealth before going their separate ways. Mallory somewhat surprisingly agrees to the plan and off they go.

Needless to say there are a fair few twists and turns before things play out. The first half of the book offers events from Mallory's perspective and despite the author's best intentions, I wasn't too convinced by how quickly Mallory was persuaded by Ben's scheme. If she had a history of poorly made choices or petty criminality - eg stealing clothes or art supplies because of a lack of money, you could perhaps understand her being seduced by Ben's proposal. Albeit now making a far bigger jump than anything previously countenanced. But she hadn't.

Eventually we get to meet Charly in person and understand her relationships with her husband, her adoptive father and Grandfather and with money. Needless to say her depiction varies markedly from the skewed portrayal her husband offers us.

I did kind of feel a little bit cheated with the narrative; a feeling which is hard to articulate without spoiling things for anyone else wanting to read the book. We get along fine with Mallory's POV, but important events are concealed from the reader until such time as Charly's story catches up.

Lots to like overall, plenty of pace, plenty of back story and family histories and lots of deception, cheating, lying, secrets and betrayal. The book served up an interesting story line and the presentation of the identical twins was entertaining, with all their shared traits following separation at birth. 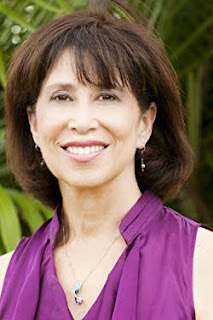 The ending wrapped up all the loose ends, but was a little bit saccharine sweet and slightly hard to swallow. I think Disney might have a problem selling it. The flip-flopping behaviour of the main characters, both of them was a bit of a stretch and kind of undermined what came afterwards. There was a certain ambiguity about which sister could classed as the good twin. Neither probably.

Notwithstanding my pickiness, I did actually enjoy the book and was invested in how things played out.

On balance 3 from 5 - okay but not without a few blemishes.

Marti Green has her website here. She's written a few other books in addition to this one.