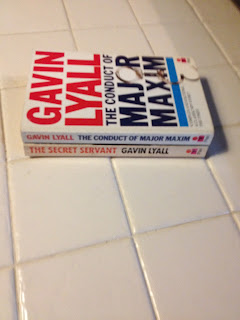 When I expanded my reading outlook from crime and mystery fiction into espionage, one of the recommended names I came across was English author Gavin Lyall.

Lyall penned 15 fiction books and 3 non-fiction works before his death in 2003. 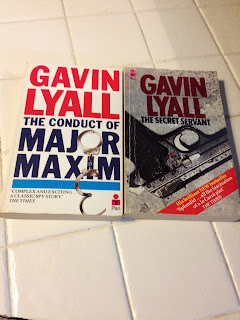 His output seems quite compartmentalised. His first 7 books were standalone action adventures; a couple of which won him CWA Silver Daggers. His next 4 fiction works featured his ex-SAS man Harry Maxim and his last 4 changed direction again – the Honour series books, set before and around the First World War and the early days of modern espionage.

I've hoovered up the 4 Maxim books over the past couple of years.

The Maxim books were adapted for the BBC and had Charles Dance as the lead.

The Independent featured him back in 2009 with their Forgotten Authors post.
His Guardian obituary is here. 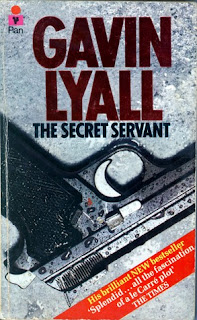 Major Harry Maxim, formerly of the SAS, is a mysterious man who lost his wife to a horrific plane accident. He is as surprised as anyone when he is hired by 10 Downing Street to assist in matters of defence and security. Using all the knowledge from his days in military intelligence, he tries to understand and counter a number of suspect events: a suicide at the ministry of defence, a hand grenade thrown through the door of number ten and a Czech defector with a file worth killing for. They all seem to point towards Professor John Tyler, a nuclear strategist who will state Britain's case when Europe's think tank on Armageddon gathers in Luxembourg. First published in 1980, The Secret Servant begins Gavin Lyall's Harry Maxim series. 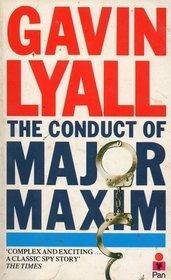 Major Harry Maxim is drawn into the shadowy - and deadly - world of East-West intrigue.

A deserting English corporal, a cabinet convulsion in East Germany, a double murder in a small West German town, a widowed piano teacher in Yorkshire: they're all somehow related by a deep, dark secret from the past. And it's up to Harry Maxim to uncover the secret-before it's too late.