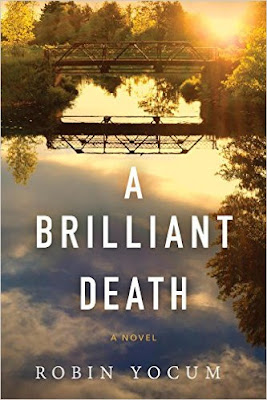 Amanda Baron died in a boating accident on the Ohio River in 1953. Or, did she? While it was generally accepted that she had died when a coal barge rammed the pleasure boat she was sharing with her lover, her body was never found.

Travis Baron was an infant when his mother disappeared. After the accident and the subsequent publicity, Travis’s father scoured the house of all evidence that Amanda Baron had ever lived, and her name was never to be uttered around him. Now in high school, Travis yearns to know more about his mother. With the help of his best friend, Mitch Malone, Travis begins a search for the truth about the mother he never knew. The two boys find an unlikely ally: an alcoholic former detective who served time for falsifying evidence. Although his reputation is in tatters, the information the detective provides about the death of Amanda Baron is indisputable—and dangerous.

Nearly two decades after her death, Travis and Mitch piece together a puzzle lost to the dark waters of the Ohio River. They know how Amanda Baron died, and why. Now what do they do with the information?

There’s a clever construction to the narrative. The friends’ enquiries occur in the late 60s early 70s, trying to find answers to a happening in the 50s with the outcome and aftermath revealed to us in the 90s – after the death of a main player. An 80s twist also occurs. I really bought in to the author’s style of presenting the story.

The boy’s enquiries hit a wall of silence almost immediately. No-one in Brilliant wants to discuss Amanda Baron, no-one wants to get on the wrong side of town bully Frank Baron. Everyone sympathises with Travis, no mother and an abusive and neglectful father. He’s almost been adopted by Mitch’s mother who feeds him daily.

“That boy eats like he just got out of a concentration camp.” Mitch’s father observes.

Travis appreciated normality – “You guys are like normal people,” he often said. “You eat meals at the table and talk to each other without screaming.”

Against a background of fear; fear of Frank Baron discovering what Travis and Mitch are up to, the boys slowly uncover Amanda Baron’s life and secrets.  With the assistance of the library, old police reports, a risky bladder-releasing search of Frank’s attic and garage hidey-hole, a one-time town hero now damaged Vietnam veteran and a disgraced ex-cop who ran the case back in the day, the pair find answers to the puzzle and for Travis something a bit more meaningful.

Ticks in every box – pace, plot, setting, characters and resolution.

I liked the easy friendship of the boys, the relationship they both had with Mitch’s parents, the progression through school towards graduation and the rivalries within their own school and those of Mitch’s cousins, the football games, the home-coming parades for the Vietnam returnees - Yocum just sucks you into his Brilliant environment. A brilliant Brilliant book! 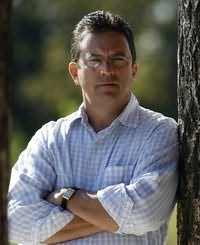 Highly recommended – it’s a lot better than this inadequate review makes it sound!

Robin Yocum is the author of a couple of other novels – The Essay and Favorite Sons. His website is here.

Thanks again to Seventh Street Books for this one.
Posted by col2910 at 00:10