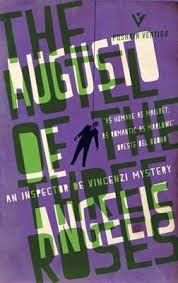 A dark murder mystery with strong elements of Gothic horror, from the father of the Italian 'giallo' crime genre, featuring Inspector De Vincenzi

The shady Hotel of the Three Roses is home to an assortment of drunks and degenerates. Inspector De Vincenzi receives an anonymous letter, warning him of an imminent outrage at the guest house, and shortly after a macabre discovery is made - a body is found hanging in the hotel's stairwell. As De Vincenzi investigates, more deaths follow, until he finally uncovers a gothic and grotesque story linking the Three Rose's unhappy residents to each other.

This intensely dramatic mystery from the father of the Italian crime novel, Augusto de Angelis, features his most famous creation - Inspector De Vincenzi. 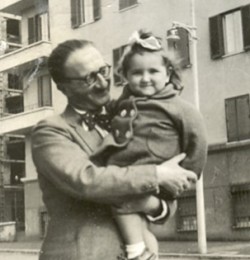 Augusto De Angelis (1888-1944) was an Italian novelist and journalist, most famous for his series of detective novels featuring Commissario Carlo De Vincenzi. His cultured protagonist was enormously popular in Italy, but the Fascist government of the time considered him an enemy, and during the Second World War he was imprisoned by the authorities. Shortly after his release he was beaten up by a Fascist activist and died from his injuries.

Read and enjoyed back in June, but looking back a month or so on, I can’t actually recall from memory who the murderer was. All of which kind of leads me to conclude that it wasn’t especially memorable or striking. Nothing wrong with that of course – I don’t expect every book I read to blow me away.

We have a mid-1930s Italian murder mystery. Inspector De Vincenzi is summoned to the Hotel of the Three Roses by virtue of an unsigned letter warning of despicable events about to occur. On arrival at the hotel, our first body has been discovered – hanging by a rope in a top floor stairwell, but definitely not a suicide.

De Vincenzi attempts to put the hotel under lockdown as he interviews all the guests and staff. Further new arrivals complicate things, as does another couple of murders as the investigation is in progress.

Our inspector’s enquiries discover that several of the guests have been summoned to the hotel for the reading of Major Harry Alton’s will. Alton had been involved in the Boer Conflict in South Africa during the 1880s and subsequent business in Australia – supplying the Germans with submarines during the First World War.

Secrets, blackmail, dark deeds on the Dark Continent, diamonds, porcelain dolls, greed, a will reading, a boozy lawyer, a disinherited wife, a son born out of wedlock, a love-struck hunchback employee, a few feckless gamblers, revenge, a disturbed mind, another anonymous letter, a daughter of a deceased business partner, a sleeping policeman, a red herring or two and a competent inspector – though he didn’t manage to prevent a couple of murders whilst on the scene!

So overall and after re-reading the last couple of chapters…… an interesting enough mystery with a decent plot, satisfactorily resolved. I think I read it more as an impartial observer, as opposed to a reader with an emotional investment in the characters and therefore the outcome.

I have another Inspector De Vincenzi book to read – The Murdered Banker – also courtesy of the publisher, Pushkin Vertigo. I’ll be interested in seeing if the author can generate some enthusiasm for the characters and outcome as opposed to merely providing a puzzle which needs solving.
Posted by col2910 at 00:10