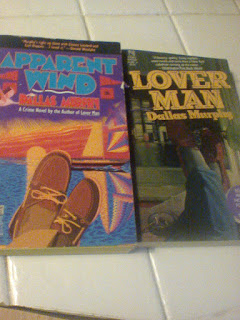 His 4 novels were published over a 10 year period with the last appearing in 1996. He has had a couple of plays and some non-fiction books out since then. His non-fiction concerns sailing and nautical trips….Fantastic Fiction reports……… 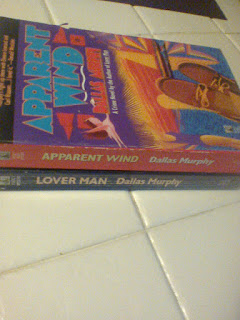 I assume it’s a real passion of his and might explain the presence of boating shoes on the covers of these 2 books (and possibly, if memory serves me correct on the covers of his other two mysteries – tucked away somewhere in the tubs).

His website is here – which seems to confirm his love of the ocean.

I reckon I picked up a couple of these on my one and only trip to the US back in 1990. I do recall having a box of about 50 books mailed back home! Twenty five years on the shelf unread – beat that!

By a spooky coincidence – one of my favourite publishers – Brash Books have recently reissued his Deemer novels and Apparent Wind for the digital reading audience. Brash Books are over here. 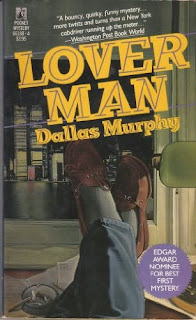 The widely acclaimed, Edgar Award finalist hailed by Publisher's Weekly as one of the best novels of the year.

Artie Deemer lives off his dog Jellyroll, the most famous canine in the country, star of movies, TV, and dog-food advertising. Artie hangs around the apartment, smoking a little pot, listening to jazz, trying to keep the world away. But then his ex-lover, Billie Burke, is murdered and he receives a note from her: "I'm dead, darling. Get out of your chair and look in the ice tray." And so begins the wild, unpredictable ride. Artie becomes a reluctant sleuth, dodging hoods, blackmailers, killers, and crazy combat pilots as he struggles to uncover Billie's murderer - without joining her in the morgue.

"Lover Man is a first novel of unusual skill with amazing characters... the writing is flip and sophisticated." New York Times

"Lover Man is a bouncy, quirky, funny mystery with racy dialog. The story line makes more twists and turns than a New York cabdriver running up the meter." Washington Post

"Artie Deemer is a true original - the frantic, antic humor carries along the characterization and narration like twin, runaway trains." Chicago Sun-Times 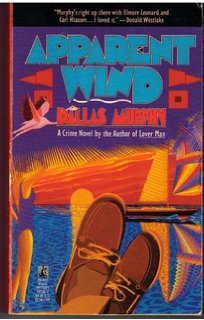 Dennis "Doom" Lewis is a small-time conman who paid a big-price: a five-year prison sentence for forging a novel by Eleanor Roosevelt that became an international bestseller. He gets an early release to attend his crooked father's funeral...and discovers that he's inherited a sailboat and a Florida town that's sinking into the sea. But the town is on prime real estate that two warring developers want badly enough to have already killed his father for and will go to outrageous lengths to snatch away from him. Dodging bombs, corrupt cops, and crazed killers, Doom teams up with a Nyquil-chugging history professor, two documentary film-makers named Anne, and a drop-dead-sexy scuba instructor and her Seminole grandmother in an elaborate plot to swindle the swindlers and save himself from fatally living up to his nick-name.
Posted by col2910 at 00:10