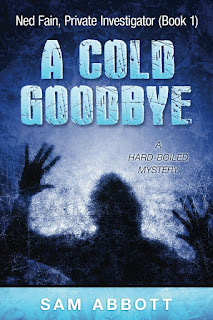 Ned Fain is a damaged man. Crippled in a bomb blast in Afghanistan the ex-army JAG officer has lost his wife, lost his career and may be losing his mind. People cringe at the sight of his burned face; added to that he’s flat broke. But when Ned witnesses a bizarre murder in the polar bear pit at the zoo, his basic instinct for justice kicks in. It’s added incentive that a pretty woman needs his help, and he sets out to expose the killer and conquer his own demons.

A Cold Goodbye was a 60-70 page novella introducing a war-damaged veteran as a reluctant investigator. For the uninitiated, a JAG officer (Judge Advocate General's Corps) is a branch of the military concerned with military justice and military law.

Our man, Fain witnesses a strange occurrence while visiting the zoo and after ushering a possee of young schoolchildren away from the scene, becomes involved with one of the teachers looking after the party.

Our young schoolmistress, Josephine Rosier was rather inconveniently away at the bathroom when our victim plunged into the bear pool. Rosier it transpires was involved with our corpse – Caleb Armstrong, who by coincidence was also known to Ned.

Fain’s eye for detail and forensic mind convinces the police that Armstrong was dead before he struck the water. Rosier gets hooked in for the murder and by using her feminine wiles convinces Fain to look into the murder and prove her innocence.

Armstrong had married into money and had a somewhat open but loveless marriage. Rosier points the finger at the wife and her man-friend, claiming she’s been set-up. Fain uses his skills to get to the truth.

Best book ever – no but there was a lot to look in this hour long read.

Fairly straightforward in its presentation – we have two possible solutions to our murder and I was kind of guessing up until the end as to which way the cards were going to fall and who the guilty party was.

Decent characters, interesting protagonist…….worth a buck of anyone’s money and an hour of their time. 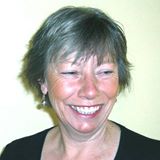 Sam Abbott is the pseudonym of a cozy mystery author – Liz Dodwell. Liz has a website which is here. You can also catch up with her at her Facebook page – here.

She has written a total of 5 Ned Fain cases – all of a similar length to this one. The latest has only recently been released – A Poisonous Mind.