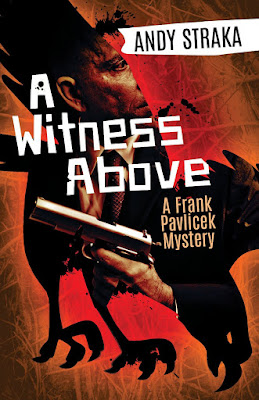 Thirteen years ago, NYPD Detective, Frank Pavlicek quit the force after a controversial shoot-out that left an unarmed African-American teenager dead. The divorced father of a teenage daughter, Pavlicek now works as a private investigator and hunts with a trained falcon. While hunting, he discovers the corpse of a black, teenage drug dealer with ties to his daughter. Unable to ignore the connections to his family or the shooting that cost his career, he goes after the killer to find the truth, save his daughter …and free himself from the shackles of his past.

The first novel in the blockbuster Frank Pavlicek series. An Anthony, Shamus, and Agatha Award nominee.

Andy Straka until recently was another author I had never heard of. Brash Books obviously had because they have brought back his Frank Pavlicek mysteries into print, or at least made them available digitally. Straka wrote the first three of them between, 2001 and 2003 – A Witness Above, A Killing Sky and Cold Quarry.

A Witness Above opens with Frank, a detective working with his partner, Jake Toronto on an out of town stakeout. An emergency call comes through and the pair attend and get involved in a shoot-out which goes pear-shaped.  The subsequent fall-out reveals the 14 year old kid Frank shot was unarmed.

Fast forward thirteen years and Pavlicek has relocated from New York to Charlottesville. His old partner Toronto is in the locality also, as is the now retired cop Cahill who was a patrolman involved in our opening incident.

Pavlicek is a private investigator and spends his time chasing errant husbands and the like. In his leisure time he indulges his hobby of falconry, something Toronto has introduced him to. Out on a training session with his bird – Armistead, the pair of them discover a rotting corpse on some land belonging to Cahill’s uncle. Before calling it in, Frank makes a cursory inspection of the scene – old habits die hard – in the young victim’s wallet is his daughter’s phone number. Frank removes the evidence.

His tampering becomes known before too long and Frank finds himself under pressure from the local and state police. His daughter gets locked up anyway for possession of major league drugs and Frank endeavours to help her, a situation not made any easier by her evasiveness. What was the connection between Dewayne Turner, our murder victim and gangbanger and Frank's daughter, Nicole? Having been divorced from her mother for some years there’s an estrangement between father and daughter. Frank feeling guilt over their lack of a meaningful relationship, goes into battle for her.

Straka throws a few twists and turns along the way and as such emphasises Straka’s sense of isolation. Is the local law corrupt? Who can he trust? 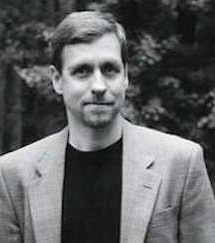 Interesting introduction to a new PI character for me. I do like this sub-genre. I think PIs have more latitude to bend the rules than the police. I’ll be reading more from Straka in the future.

I obtained my copy via Net Galley – Brash Books.