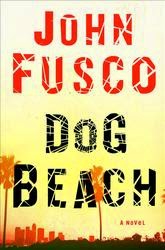 Acclaimed screenwriter John Fusco’s thriller follows the exploits of Louie Mo, once Hong Kong’s greatest stuntman turned Los Angeles knee-breaker, as his latest target unexpectedly casts him in the role of a lifetime.

Leaving behind a successful career as a stunt double in Hong Kong to escape entanglements with the Chinese mafia, Louie Mo now makes his living in Los Angeles as a hired knee-breaker, putting fear into the hearts of people reneging on payments to investors.

Troy, an aspiring director with NYU credentials and encyclopedic movie knowledge, is beginning to realize that he’s made a deal with the devil by agreeing to direct a film for producer Avi Ghazaryan. When Avi’s sketchy investors hire Louie to scare Troy into finishing their movie, Troy’s reverence for film and keen eye save him from a beating when he recognizes Louie Mo as the stunt man extraordinaire he once was and begs Louie to take the lead role in the movie based on Troy’s own pet screenplay.

For Louie Mo, this chance at redemption might be his last. As his past catches up with him and his body becomes ever more broken down, he teams up with Troy in a race against the clock—and the bad guys—to pull off an impossible film of epic proportions.

The first read of the month and a cracking start. 5 stars and it doesn’t get any better than that.

240 pages, so not over-long, great pace, plenty of action, one of my favourite settings – LA, with a bit of the action flipping back in time to the equally exotic setting of Hong Kong. Our story focuses around Troy, a young ambitious film-maker in the middle of his latest flick. A visit from a Chinese leg-breaker sent to put the frighteners on Troy, has Troy all of a flutter. His erstwhile attacker is someone he recognises from the Hong Kong film world. All of a sudden Troy and his gang of cohorts are running in a different direction with a new film project and Louie Mo as the star.

Fusco writes great characters. Troy is likeable, idealistic, obsessed and a little bit naïve. Louie Mo is interesting and determined; there’s an air of sadness and regret about him as he stoically drags his past around with him, whilst resigned to a life as an enforcer for low-level crims. We get the back stories of our dynamic duo, which adds substance to our tale without interrupting the narrative.

Troy’s posting of a preview scene on You Tube of his proposed Louie Mo blockbuster, brings parts of Louie’s past back into the present and ratchets the tension. The supporting cast, especially Louie’s driver, the mysterious Dutch are interesting and funny. Fusco also has some fun with his dialogue and banter, particularly with Louie at times failing to grasp intent in conversations with his less than perfect English. Great dialogue, great action, satisfying conclusion. Quite cinematic, whether our screenwriter author has one eye on a screenplay for this, I don’t know. I’d watch it. 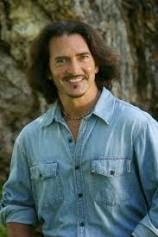 All in all, extremely satisfying.

5 from 5
I have John Fusco’s previous book on the piles somewhere – Paradise Salvage. Originally published in 2001, I hadn't quite realised it was that old. Fusco's website is here.

I got a copy of this one via Edelweiss – Above The Treeline site (similar to Net Galley) - their website is here.

Dog Beach was published in July (hardback) and in kindle format in September.