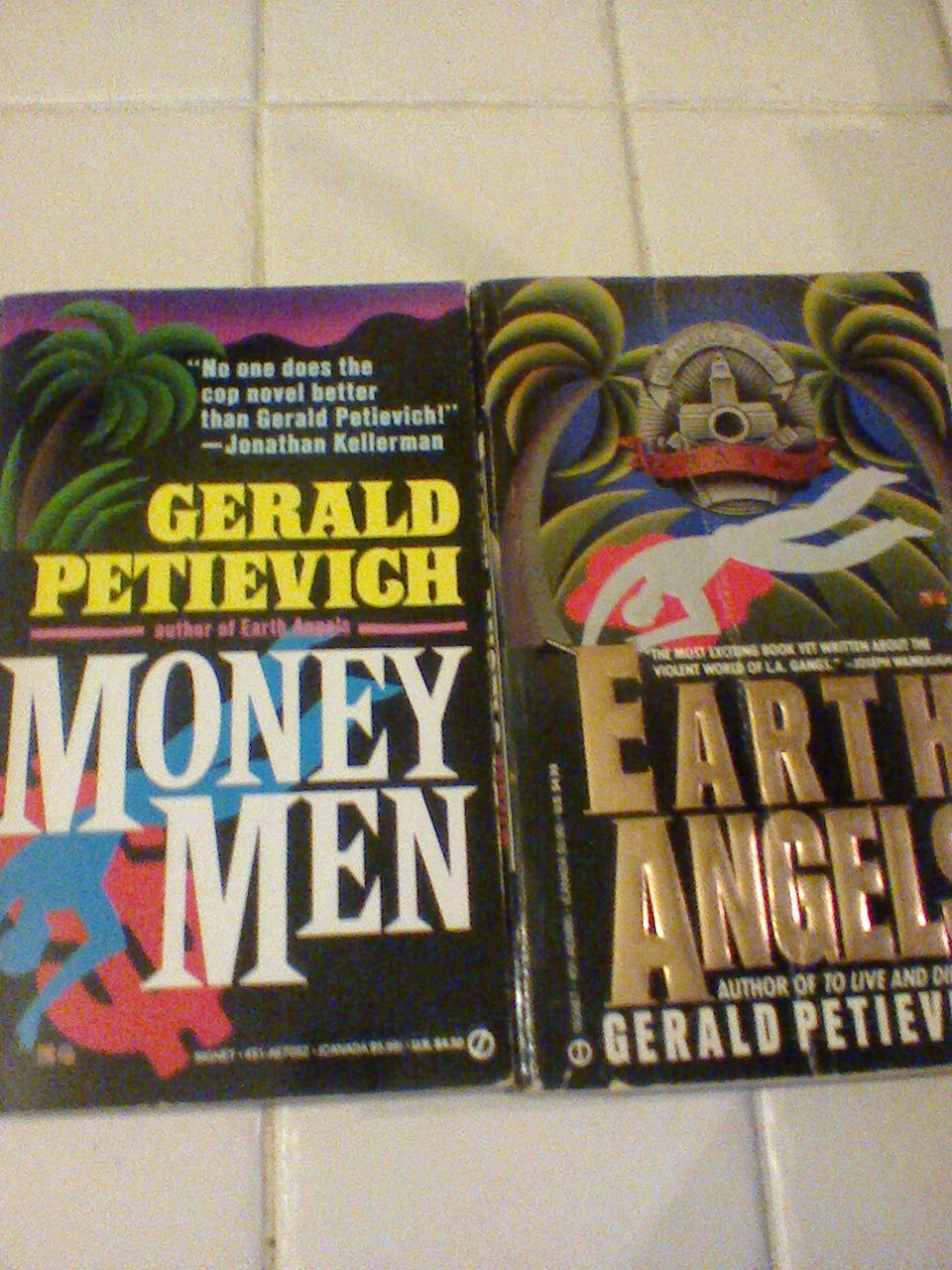 Gerald Petievich was an author I discovered back in the late 80’s, early 90’s on one of my twice yearly jaunts up to London’s premiere crime fiction bookshop – Murder One. 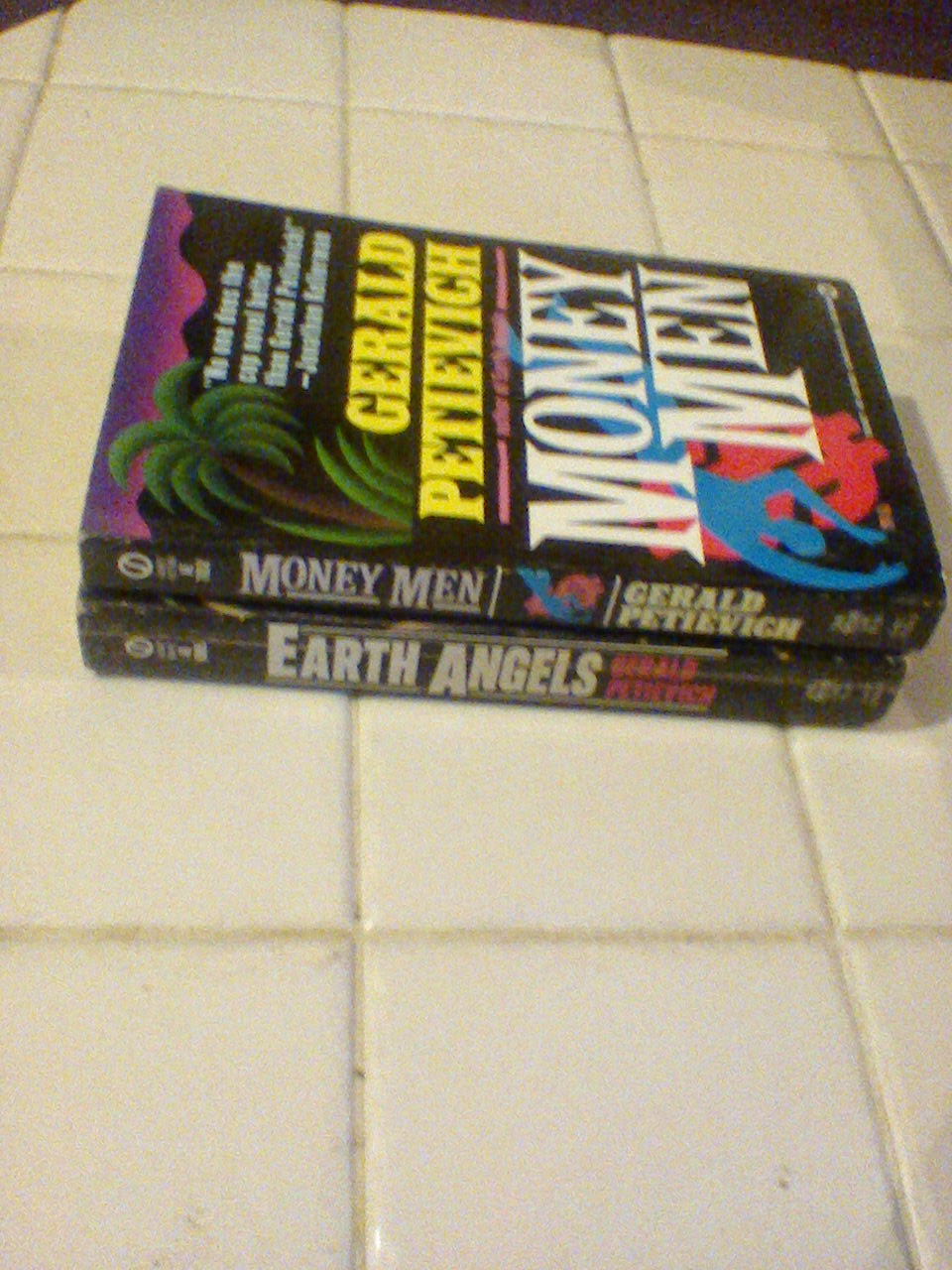 He had 8 books, including 3 with Charlie Carr, a Treasury agent between 1982 and 1991. Then there was a 12 year gap until Paramour in 2003 and then nothing since. I wonder why…. (bloody Blogger persists in mucking around with my format!) 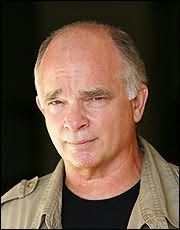 I did try and get my wife to read one of these the other night as she was looking for her next book. I read the first page to her in bed, followed by a random page from the middle of the book – no cigar, she wasn’t having it. No accounting for taste really. Reading the Publishers Weekly review below – scant praise – I recall enjoying Earth Angels better than that; a future re-read will hopefully confirm.

Charlie Carr is Petievich's ruthless T-Man, a hard-nosed detective in the gutsy, no-nonsense tradition of Dashiell Hammett and Raymond Chandler. In Money Men, Carr is hot on the trail of two thugs who have gunned down a young undercover agent - a torturous trail that will lead from the smoke-filled hangouts of sordid Chinatown, to a desperate scheme to steal counterfeit money from counterfeiters themselves, and finally, to a brutal blood-drenched confrontation in a magnificent penthouse overlooking the streets of LA's seamy underworld. 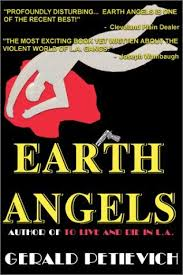 The author of the brutally violent To Live and Die in L.A. turns the trick again in this grisly novel that begins with the accidental murder of a little girl. L.A. detective sergeant Jose Stepanovich heads a newly formed four-member anti-gang unit striving to neutralize gang activity that has been polluting the barrio of East L.A. for generations. An innocent bystander, the girl is killed by an errant bullet fired during gang drive-by. Unfortunately, since evidence is hard to come by, and witnesses harder still, the unit fails to solve the crime. When one member of the elite unit is murdered during another drive-by, Stepanovich and his remaining cohorts take on both gangs. Many gory deaths later, Stepanovich has been transformed into the beast he once hunted. Petievich's graphic descriptions of the violence and of a gang psychology that leans heavily on retribution and machisimo are the only saving elements in an eminently predictable storyline littered with one-dimensional characters. The reader is hard pressed to feel any emotion for the players in this saga of violence, in which texture is substituted for depth.