NICOLAS FREELING - THE KING OF THE RAINY COUNTRY 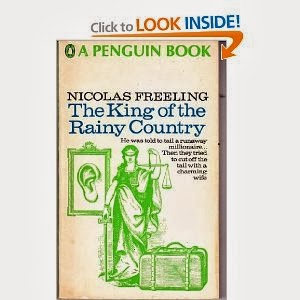 This was the end of the story that had started 'Once upon a time, in a rainy country, there was a king...' The end had not happened in a rainy country, but on a bone-dry Spanish hillside, three hundred metres from where Van der Valk had left a lot of blood, some splintered bone, a few fragments of gut, and a ten-seventy-five Mauser rifle bullet.

No one had broken any laws. But a handsome, middle-aged millionaire had disappeared with a naked girl. And Van der Valk was given the job of finding out why.

This was my first (and probably last) taste of this author. The King of the Rainy Season is Freeling’s 6th mystery in his Inspector Van der Valk series, which ran to 13 overall. I can dimly recall the TV series from the 70’s starring Barry Foster as the lead character. Foster (as a boring aside) seemed vaguely familiar to me when recently watching a Hitchcock film Frenzy. After googling him, the penny dropped in respect of his Van der Valk role. 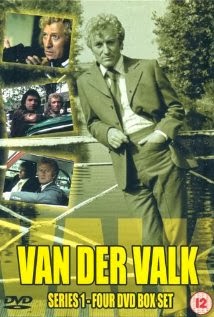 Freeling was the recipient of the Edgar Award in 1967 for this book. One of my mini-reading challenges for myself is a monthly read of an Award winning book, so on that basis I hooked up with King of the Rainy Country.

My overall verdict..........shortish at 157 pages long but not a quick read; interesting and intelligent if a bit too pedestrian for my liking. Van der Valk is conscientious, probing and curious, diligent in his approach to his challenge and not easily diverted from his task despite temptation. The puzzle or raison d’être for Jean-Claude Marschal’s disappearing act and the limitations placed on his enquiry, added to the sense of mystery and the suspense does build as our trusty inspector comes closer to solving the puzzle.

I enjoyed the support cast of police characters and the respect and cooperation Van der Valk received from his German and French counterparts added to my enjoyment. At times we seemed to be on a road trip through Europe in pursuit of Marschal, but it was more at a pace akin to Driving Miss Daisy than Fast and Furious. Van der Valk has plenty of time for his philosophical musings along the way.

A bit of a change from my usual read and satisfying if not quite setting off the buzzer labelled “super, fantastic, great!”

3 from 5
I obtained my copy by swapping with another member on the Readitswapit website.