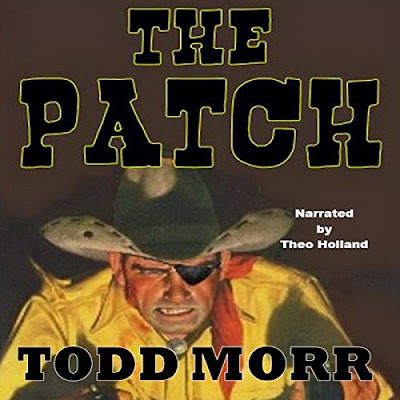 "Funny, I heard about a gunfighter with pistols like that, had himself a reputation," the fat one said.

"Of course, you couldn't be him? They called him Handsome Henry. Apparently he was as good with the ladies as he was with a smoke wagon. You are one of the ugliest saddle bums I have ever seen."

If being called ugly bothered Holt, he didn't show it. Kirby, his wife and child moved around the two cowboys and went to their table. The cowboys let them go and kept their attention on Holt.

"You should learn to mind your own business stranger," the fat one said, moving his hand closer to the six shooter in his belt.

A short entertaining Audible outing and my first time with author Todd Morr.

Close to an hour's entertainment and a trip to the old wild West. I do like the occasional western in my reading. As far as I'm concerned it's just crime fiction with horses and hats pretty much.

Handsome Henry is not so handsome anymore and there's a score to be settled in respect of his lost looks which are the result of a love rivalry which saw a woman killed. Some of our minor characters are also concerned with the divvying up of the spoils of a robbery. 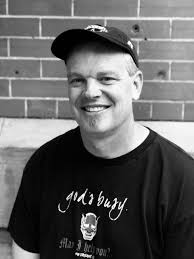 Outlaws, gun play, romance, the obligatory saloon setting laced with humor, violence, conflict, mistrust and a dollop of revenge. All in all, a decent tale with more than a twist or two.

More from Todd Morr sits on the pile, including the intriguingly titled - Jesus Saves Satan Invests and If You're Not One Percent.
Read - (listened to) August, 2020
Published - 2017
Page count - ? (40 mins)
Source - Audible purchase
Format - Audible