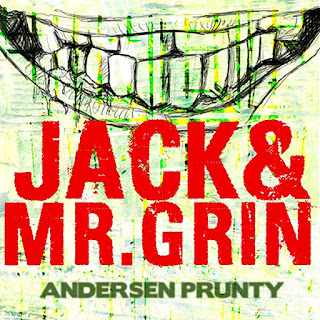 A surreal and horrifying thriller from Andersen Prunty.

Jack Orange is a twenty-something guy who works at a place called The Tent packing dirt in boxes and shipping them off to exotic, unheard of locales. He thinks about his girlfriend, Gina Black, and the ring he hopes to surprise her with. But when he returns home one day, Gina isn't there. He receives a strange call from a man who sounds like he is smiling- Mr. Grin. He says he has Gina. He gives Jack twenty-four hours to find her.

What follows is Jack's bizarre journey through an increasingly warped and surreal landscape where an otherworldly force burns brands into those he comes in contact with, trains appear out of thin air, rooms turn themselves inside out and computers are powered by birds. And if he does find Gina, how will he ever survive a grueling battle to the death with Mr. Grin?

Another visit to the strange world and fantastic imagination of author Andersen Prunty with his novel, Jack and Mr Grin.

For a while the book appears to be a kind of straightforward crimey-thriller with a woman abducted and a missing person investigation where the abductor, Mr Grin taunts the bereft boyfriend, Jack and sets him a deadline for saving Gina and an invitation to the showdown from hell where either Jack or Mr Grin will remain the last man standing. During the course of the novel, Mr Grin contacts Jack regularly and relays graphically to him what particular torment he is inflicting on Gina at that moment. Not pleasant, not nice and very difficult for both Jack and the reader to bear witness to.

Along the way, the fantastic, the absurd, the unexplainable all become part of the narrative and the norm for the story. People who assist Jack in his quest, become affected and hostile towards him as he (along with Gina's brother) continues his search.

Mucho weirdness ensues, a fair portion of which I found funny, strange, disturbing, unfathomable but actually quite interesting and entertaining. I don't think I'm going to suddenly change the reading habits of my last 30 years, but I think I can find room for the occasional venture into Andersen Prunty's strange universe.

Mr Prunty narrated this one himself and I think his somewhat deadpan style of narration made the story seem more personal and believable. Andersen was Jack.

Decent story, decent pace, interesting characters and interactions, occasional moments of humour. In some respects it's a testament to the power of love and the pain and sacrifice and suffering you are willing to endure to preserve that.

Prunty's The Driver's Guide to Hitting Pedestrians has been enjoyed before. 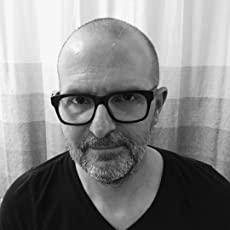