A couple from Les Edgerton this week. 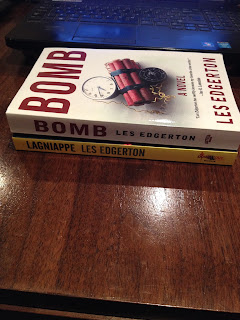 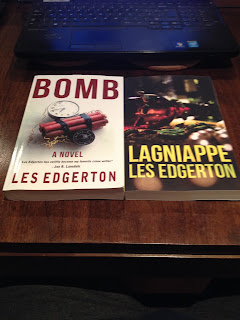 I featured a couple of his books a few years ago and in the intervening years never got around to reading them - more fool me, I reckon - 2 BY LES EDGERTON

From his blog, Edgerton says about himself..... 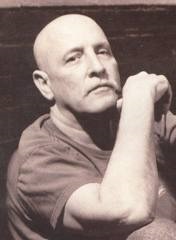 To introduce myself, I'm a full-time writer with eighteen books in print and I teach creative writing on the university level, through private coaching of writers, and on various on-line venues. I write in a variety of forms: novels, short stories, nonfiction books, screenplays and the subjects I choose to write about are just as varied, including sports, literary fiction, thrillers, black comedy and the craft of writing. I'm married to Mary and we have a son, Mike. I have two daughters--Britney and Sienna--from a previous marriage. I immigrated to Ft. Wayne, IN from the U.S.A. and it's where I still live today. Doing my best to learn the language and adjust to the culture. I have a checkered past, having spent two-plus years incarcerated at Pendleton Reformatory back in the sixties for burglary. I'm all cleaned up now and you can invite me into your home and don't have to count the silverware when I leave. Graduated from Indiana University with a B.A. in General Studies (Honors of Distinction); obtained an MFA in Writing from Vermont College.

Other LE titles that sit on the stacks are The Rapist, Just Like That, The Death of Tarpons, Monday's Meal, The Genuine Imitation Plastic Kidnapping, The Perfect Crime, Gumbo Ya Ya

Les Edgerton has his blog here. 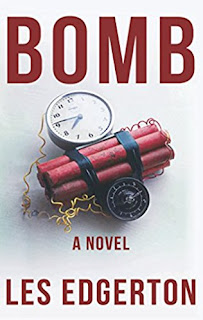 When criminal genius Charles "Reader" Kincaid accidentally alerts a retired cop to the impending commission of the perfect crime, the crime becomes a lot less perfect.

The plan is to wire a prominent banker with a remote control bomb and thereby capture untold millions from a dangerous drug czar. Or is the plan something else? The plot thickens as hidden family connections come to light and who is betraying who - and why - becomes a matter of life and death for perpetrators and victims alike.

With wry wit and first-hand knowledge of the underworld, author Les Edgerton unleashes a cast of quirky characters and dark ambitions that collide in a tale nothing short of explosive.

Raves about Les Edgerton and BOMB:

"Les Edgerton has swiftly become my favorite crime writer. Original voice, uncompromising attitude and a pure hardboiled style leap him to the front ranks of my reading list. He will become legendary."

- Joe R. Lansdale, Paradise Sky, The Bottoms, Edge of Dark Water, The Thicket, the Hap and Leonard series, the books behind the TV series of the same name, and many others

"Les Edgerton is the new High King of Noir."

- Ken Bruen, The Emerald Lie, The Guards, Pimp and many others

- Dietrich Kalteis, Triggerfish, The Deadbeat Club and Ride the Lightning

* Bomb I've since realised is a sexy re-issue of an earlier book The Perfect Crime. Oh well... 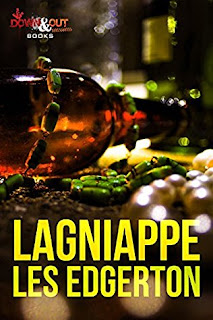 Twenty years after the publication of his first short story collection, Monday’s Meal, Les Edgerton delivers the goods once again in this collection of harrowing tales of outlaws, ex-cons, frightened men and women, rap-partners throwing back tall boys and taller tales, children forced to become killers, stabbings and shootings, bad asses and sad asses…a wide-ranging collection of distinct and memorable characters who will exhibit a kind of wisdom not obtainable from the halls of academia. This is not a gathering of people contemplating their navels but real people facing the consequences of their actions…and it ain’t often pretty.

“Reading Les Edgerton’s stories is like listening to those old World War II broadcasts from the London blitz, with the reporter crouching under a restaurant table, microphone in hand, while the bombs drop on the city and the ceiling caves in. Edgerton reports on the world and the news is not good. There’s a kind of wacky wisdom in these bulletins from the underside of life; the stories are full of people you hope never move in next door, for whom ordinary life is an impossible dream. This is good fiction; Edgerton writes lean and nasty prose.” —Dr. Francois Camoin, Director, Graduate School of English, University of Utah and author of Benbow and Paradise, Like Love, But Not Exactly, Deadly Virtues, The End of the World Is Los Angeles and Why Men Are Afraid of Women
Posted by col2910 at 23:35