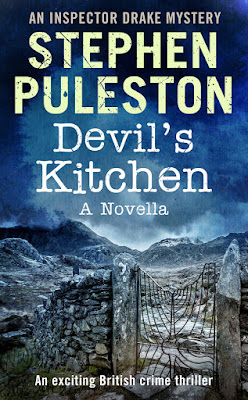 When two bodies are found sprawled at the bottom of the Devil's Kitchen in the mountains of Snowdonia, it's believed the man found dead killed his wife and then committed a suicide. But something doesn't feel right to DI Ian Drake and his gut instinct has never let him down before.
Or murder on a mountain?

Drake suspects at least one of the deaths could be suspicious, but who would kill such an ordinary couple and why? This might be Drake's first murder inquiry, but his years as a detective have taught him one thing - every murder has a motive, and every killer leaves a trace.

An Amazon FREEBIE and a 70 page introduction to Stephen Puleston’s DI Ian Drake character. Puleston has written three full length novels featuring this detective – the first of which Brass in Pocket was also hoovered up when it was an Amazon FREEBIE.

We have a double death in the Snowdon Mountains, which to first appearances seems to be a bit of domestic strife. The husband stabs the wife then kills himself by throwing himself to his death. Its Drake’s first major case and quickly he’s under pressure from his super to wrap things up, pass it to the coroner and stop wasting time.

Drake isn’t in such a rush and wants to establish beyond all reasonable doubt that everything is at it seems. Obviously it isn’t as otherwise we wouldn’t have a particularly interesting narrative. Drake and his investigative partner Caren Waits interview witnesses on the mountain, work colleagues, family (eventually) and fellow members of a ramblers club, which in addition to the husband’s diary and his suspicion of her conducting an affair, eventually shed a bit of light on who did what and why. The investigation was quite thoughtful and methodical.

Puleston gives Drake a few mannerisms or traits which add flesh to the bones of the character. He’s obsessively neat and tidy with shoes spit-polished to within an inch of their life – though he probably didn’t spit. He’s a bit anal. By contrast, Waits has to be his polar opposite – she turns up late, eats her food with her mouth open, and is a lot less fastidious about her appearance. All irritants to Drake. We also have the potential for some domestic strife in future books. Drake’s wife Sian is resentful of his dedication to his job and the disruption it causes to their family life, the couple having two children. I can’t see this marriage lasting three more books, if I’m honest.

Verdict – enjoyable enough. I quite liked the progress of the investigation and Drake’s approach, though I wasn’t totally sold on the characters. Maybe I read it grumpy, but I kind of felt that the author was trying a bit too hard to make the main character memorable. All I could think though was – he’s Adrian Monk’s annoying Welsh cousin, assuming he has one. Conversely though – what’s the alternative? A stick figure for a detective with no back-story or life outside the job. 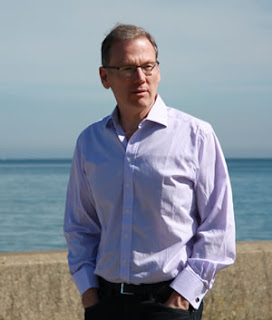 Maybe Brass in Pocket will have me warming to both Drake and the author, though I’m not rushing towards it for now.