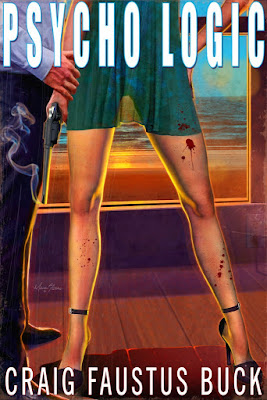 A cop accidentally taints evidence. A killer goes free. The cop is defrocked and now lives in his car. Years later, their lives collide again on Malibu Beach and to cop winds up killing the murderer, launching a thrill ride through a dark world of blackmail, pornography, torture, betrayal, vengeance, love, guilt, passion, murder, muscle cars and valet parking.

Another read from over six months ago that I never got around to posting any thoughts on.

Psycho Logic was a continuation of the short story Dead End which was something I really enjoyed back last year. We have a disgraced ex-cop, Johno Beltran crossing paths with the root cause of his downfall - plastic surgeon serial killer Luke Vico.

Beltran burglarises Vico's house looking for further evidence of the doctor indulging in his nefarious hobby of abducting, torturing and killing young women. Vico comes home unexpectedly, the pair fight and Vico goes over his balcony railing, his head opening up like a ripe watermelon.

Beltran flees but not before being spotted by Vico's neighbour - Alyssa Lido. The dreaded visit from the police the next day never materialises.

Dr. Karl the husband is a slimy creep, preying on his patients....

Educational as well - I never knew what a fluffer was before Mr Buck enlightened me.

Plenty of bang in this short and fast 130 page read. 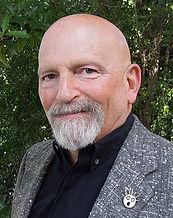 Dead End was reviewed here. Go Down Hard (another Craig Faustus Buck book, heavily featuring a therapist becoming involved with his patients - a bit of a theme?) here.