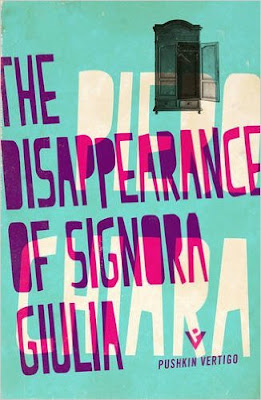 A delightfully Italian mystery, with undercurrent of satire, which keeps the reader guessing.
Every Thursday for three years, Signora Giulia takes the train to Milan to visit her daughter. But one Thursday she simply disappears. And the case is left in your hands. You're a born detective, but you have so many unanswered questions - how can a young, beautiful high society woman just vanish into thin air? Why does her husband - a prominent criminal lawyer and much older man - know nothing about it? And who was she really visiting during those trips to Milan?

For Detective Sciancalepre, the mystery is darker and more tangled than he imagined. Shadows are lurking in the grounds behind Giulia's house. Incriminating letters are exchanging hands. And no one is who they seem. Every twist and turn takes us closer to Giulia - and further from the truth....

Piero Chiara (born in 1913) worked as a court employee until the outbreak of World War Two. When the Fascist authorities issued a warrant for his arrest in 1944 he fled to Switzerland, where his first work of literature, a collection of poetry entitled Incantavi, was published in 1945. After the war he returned to Italy, and became one of the most celebrated writers of the post-war period. The winner of more than a dozen literary prizes - including the 1964 Campiello and the 1979 Bancarello - he is widely read and studied in his home country, and his stories and novels have been adapted for both television and film. Piero Chiara died in 1986. The Disappearance of Signora Giulia is his first book to be translated into English.

A short book at 128 pages long (though it seemed to read a lot longer) and an interesting mystery that was enjoyable overall, but doesn’t have me clamouring to learn Italian and read everything else he’s ever written. I did have a slight sense of frustration at the conclusion and a bit of irritation towards the long deceased author, who must have felt a bit smug and self-satisfied as he put down his pen at the end of this one. Me, I just think he was trying to be a bit too clever.

It’s a gentle mystery, no real violence on canvas. The undercurrent of satire, escaped me, but then this month I have been a somewhat grumpy reader. Our two main characters are not overly interesting. One – Esengreni - the husband of our disappeared Signora is a lawyer. The other –Sciancalepre, the man engaged by the former to investigate is a detective.

Our pace is pedestrian, with the investigation into Giulia’s disappearance unfolding over a matter of many months. Sciancalepre uncovers the secret life Giulia has been living and with the complicity of someone in her household how she arranged it. Small discoveries lead our investigator to new avenues of enquiry, which quickly fizzle into nothing and a sense of ennui takes over. Until the next little nugget, appears.

Eventually a big nugget is discovered and in the latter part of the book we speed up slightly, towards a conclusion which still niggles a bit. Maybe a bit of distance from this book, will have me reconsidering my verdict, as putting this on the page, a small portion of my brain is thinking, maybe it was the perfect ending and my initial thoughts were too hasty. Perhaps the best books are the ones which leave you conflicted and scratching your head? 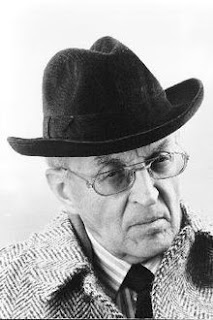 I've deliberately left the events which unfold vague in order to avoid spoiling anything for anyone who wants to pick this one up. There is a fair bit to like about it, not least the realistic time frame in which our narrative unfolds. No sense of urgency or compression to have things resolve themselves in a matter of days. Worth a look, a bit of a cerebral read as opposed to event driven.

Overall – enjoyable but frustrating. A lot different from my usual kind of reads, and no bad thing for that. Decent Italian setting – not somewhere I’ve visited for a while in my reading. Another slight irritation, as our location is portrayed as M-------, throughout the book, something which irrationally annoyed me beyond belief.


The book was originally published in 1970 and has recently been translated and issued by Pushkin Vertigo. Thanks to them for my copy of this.
Posted by col2910 at 00:10