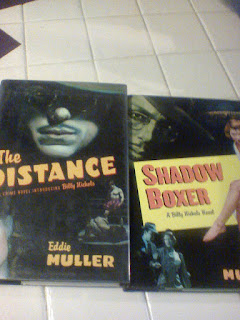 2 from Eddie Muller this week and as far as I know they are the only novels he’s written.

Muller’s not an author I know much about suffice to say he’s written a lot of stuff on Hollywood and film. About half a dozen books in total..... 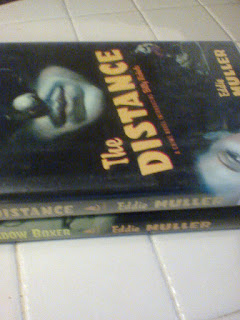 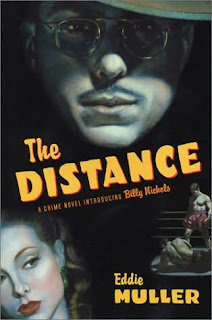 It's 1948, an era when newspapermen were stars -- and San Francisco sportswriter Billy Nichols is no exception. Known as Mr. Boxing throughout the city, he is the West Coast's answer to Damon Runyon -- an insider's insider who plucks and polishes his pearl-like stories from the nonstop hustle of the city's nightclubs, gambling dens, and ringside seats.

Billy Nichols is right where he wants to be, until he stumbles onto a shocking crime scene. Heavyweight boxer Hack Escalante has killed his manager, and for reasons Billy doesn't fully understand, he makes a spur-of-the-moment decision to protect the prizefighter. Soon Billy's in too deep, caught in a conspiracy of desire, deceit, and betrayal, and he sets off a chain of events whose consequences may cost him his beloved career -- and his life.

As Billy himself struggles to escape suspicion, he must square off against relentless police detective Francis O'Connor, carry on business as usual with his colorful cronies in the boxing world, and resist his overwhelming passion for a woman he dare not love.

Billy soon discovers that he's not the only yarn spinner in this nefarious netherworld: many of the characters inhabiting his well-honed newspaper columns have crafted their own alternative life stories, hiding scores of secrets. Whose story will emerge as "truth"?

As richly ambient as James Ellroy's L.A. Confidential, this debut novel brilliantly brings to life another time -- when pride and professionalism are sometimes more important than life itself. 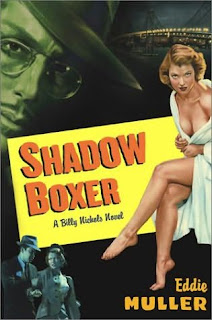 In his celebrated debut novel, The Distance, author Eddie Muller created a world of "gritty authenticity" (Booklist), plunging readers into the atmospheric and electrifying boxing culture of the 1940s, as seen through the eyes of morally complex and charismatic boxing columnist Billy Nichols.

Now, in Shadow Boxer, Billy is back on the beat for the San Francisco Inquirer. But his problems are hardly behind him. A man's in jail, accused of murder. But did he do it? By aiding a beguiling woman, Billy stumbles on evidence that could exonerate the defendant, who only months before was one of the town's top fight promoters. One big problem -- the victim was Billy's secret lover, and he has no desire to help set her killer free.

But once his reporter's instincts kick in, Billy can't let go of a twisting trail of suspense that stretches from Tenderloin fight clubs to Marina district mansions, from mountain retreats to the Hall of Justice.

He squares off with an intriguing cast of characters: a bombastic novelties promoter, a former colleague turned muckraking lawyer, a society doyenne on the skids, a crooked booze distributor, a shifty deputy DA, an opera-crooning pugilist, a homespun abortionist, a crafty and celebrated defense attorney, a murderous stalker -- and the unfathomable Virginia Wagner, a leggy legal secretary with many more secrets than just the gun in her handbag.

Clues are unveiled, allegiances formed, friendships betrayed. Billy wonders if he's nothing more than a shadow boxer futilely sparring with phantoms. And if he discovers the truth about the murder and the shocking facts behind it, will his conscience force him to come forward -- or to bury the evidence?

In Shadow Boxer, Eddie Muller takes risks unusual in crime fiction, making clear that when it comes to pitch-perfect noir inflection and top-shelf suspense, nobody does it better.