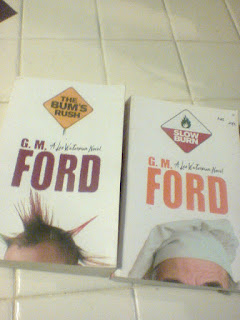 Ford has written two series – Leo Waterman with 8 books in total – the first 6 of which were published between 1995 and 2000. He then wrote a 6 book series with a journalist – Frank Corso which hit the racks between 2001 and 2006. Since then there have been 3 standalone novels and a return to the Leo Waterman books. 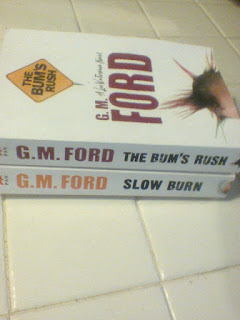 A hapless, rumpled, heart-on-his-sleeve, middle-aged, intelligent, grumpy smart-ass, Seattle private eye LEO WATERMAN stumbles from one bizarre case to another, in this highly-entertaining, sometimes laugh-out loud funny, critically-acclaimed series, by G.M. Ford. Aiding him in his escapades are "the boys," a gang of "residentially-challenged devotees of cheap alcohol." Yep, not to put too fine a point on it, Leo's sidekicks are a bunch of mostly fun-loving winos and bums . 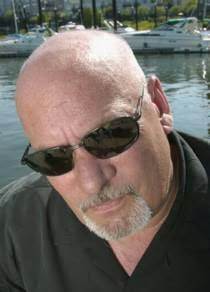 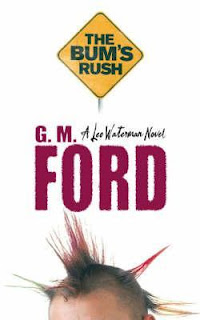 Leo Waterman, a man who has taken the dregs of society and turned them into a surveillance team, is on the trail of the truth, along with his hapless crew of deviants, when a homeless woman claims to be a dead rock star's mother. 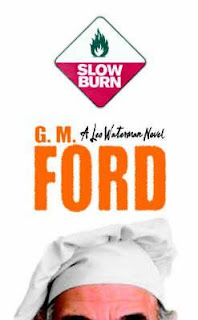 Aided by his band of scruffy irregulars - "the Boys," a team of residentially challenged connoisseurs of inexpensive spirits who specialize in going unnoticed as they trail a suspect - Leo remains Seattle's most unorthodox and politically connected private investigator. Anticipating disaster, Le Cuisine Internationale, a prestigious global restaurant convention, hires Leo as its own Special Security Officer. His relatively simple assignment is to monitor the movements of the society's bone of contention: two adversarial steakhouse competitors, whose "beef" has previously made for some nasty confrontations; and the food critic who's caught in between the warring factions. Cleaning up the Boys, Leo sends them off to shadow the entourages and report back to him at day's end. What could be easier! But even the simplest of plans can cascade into catastrophe. Leo finds himself served up as the prime suspect in a murder, gets thoroughly grilled by the police, and realizes that both his life and career are at stake.
Posted by col2910 at 00:10