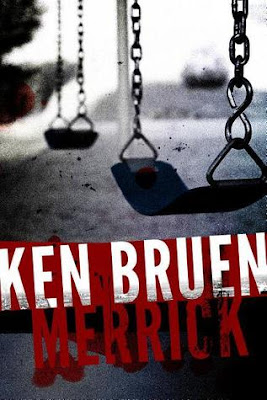 Introducing a new character and a new novel from one of the most prominent Irish crime writers of the last two decades. For fans of Ken Bruen's Jack Taylor and Inspector Brant series, L.A. Confidential by James Ellroy, and Mystic River by Dennis Lehane, comes a noir crime story set in New York City.

A rogue ex-cop from the Irish Garda manipulates a transfer to work for the NYPD in an exchange program. However, it turns out that the cop is really a serial killer wanted for murder in Ireland, and now, New York City.

(Note regarding blurb – unless the book was drastically revised post-ARC release – or I paid absolutely no attention to it whatsoever when reading – the second paragraph above is total baloney.)

Slightly more enjoyable than the last book I read from the author, (only just) but still far less than his best, though in truth the author was also let down here by the formatting of the book. My read was a digital ARC from Edelweiss review site and the divisions between breaks in the narrative and chapters etc was fairly dire which added to a bit of reader confusion.

We have another short-ish book at about 220 pages long. We have a disgraced Garda – Tommy Ryan rocking up in New York and crossing paths with another ex-cop, Merrick. Merrick runs a bar and in the past was investigating a child serial killer alongside PI Moe Prager. (A killer of children, as opposed to a child who kills.) Prager now lies in a coma.

BTW - Moe Prager is a character creation of Reed Farrell Coleman - an author that Bruen has previously collaborated with to produce Tower. I have a few of the Coleman-Prager books that I haven’t yet read, so can’t speculate whether our man Merrick is one of Coleman’s characters that Bruen has hijacked and adopted for his own use here, or is entirely a figment of his own imagination.

As is the norm for the author he references and hat-tips a fair few authors and books during the course of his narratives – Harry Crews, Nick Tosches, Reed Farrel Coleman (obviously), Jim Fusilli, S.J. (Rozan?)

Anyway Ryan and Merrick meet in his bar and both sense a kindred spirit and do a bit of male bonding….drinking, baseball, hurling, more drinking and the odd bout of fisticuffs and sulking with each other.

Merrick can’t let the old case go and shows Ryan some notes that the killer sent to him boasting about his kills and what he did to who and how much he enjoyed it. Ryan signs on to help Merrick take down our killer.

Along the way we have a bit of love interest for Ryan with a Native American lady, who he meets after be-friending her brother – a construction worker in a bar. To earn cash to live, Ryan does a bit of construction work and signs on with the Indian crew.

Might just be me getting picky again, but if you ask me what springs to mind if you say CONSTRUCTION. NEW YORK. NATIVE AMERICAN – I’d immediately think WORKING AT HEIGHT, SKYSCRAPERS, NO SAFETY RIGS – BOOM 3 out of 3!

What do we reckon then - ethnic diversity embraced and cherished in our fiction, or another stereotype trotted out?

Back to case – our intrepid duo have a couple of suspects who fit the profile. We interview them, which ups the ante. Ryan’s spider-sense feels that the culprit isn’t acting alone and that there is another player – possibly a cop involved. Cue mayhem and a bloody and brutal resolution. Oh, and we have some Russian mobsters, thrown in for good measure. (Another box ticked on the global diversity box.) 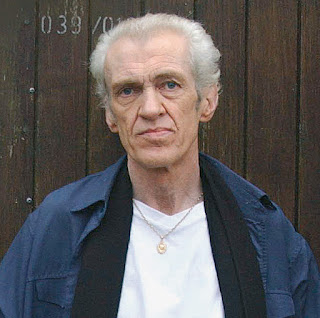 Sad to say, I think I’m just jaded with this author now. Where he once came across as dark and fresh and original, I just find him repeating tricks from previous years. Unless of course he’s parodying himself.

Another example – exaggeration in the Irish dialect – FOOKIN HELL, FOOKIN THIS, FOOKIN THAT – if Mr Bruen uses fookin once more, I think I’ll take my fookin eyeball out with a fookin sharp needle, fookin pronto.

Plenty of action, dialogue, cultural references, overall not the worst book ever, but far from great.