In addition to my reading I managed to squeeze a few films into the month.

The Boy in the Striped Pajamas. My kids had seen this at school, so I think my wife and I were possibly the last two people on the planet to see this. Moving, haunting, horrifying.......not much else to say. I will also read the book at some point.

Tell No One A French adaptation of a Harlan Coben book I have read. Really enjoyable, slightly off-putting reading subtitles whilst watching, but don’t ever let it be said that men can’t multi-task. 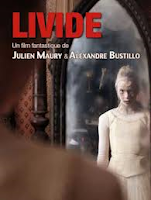 Livide   Another French subtitled film, watched at the beginning of the month, while the children were still in Halloween mode. Horror genre – not the worst thing I’ve ever seen but not the best either. 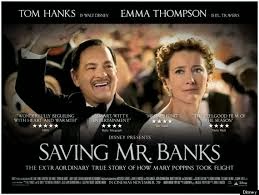 Saving Mr Banks Tom Hanks again and so soon after watching Captain Phillips, but whose going to turn down free tickets? A night out for me and my better half, enjoyable and interesting but not the best film I’ve ever seen either. I thought Colin Farrell was excellent, but was he stretched in that role, maybe not. 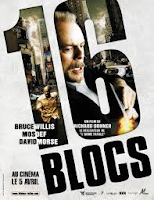 16 Blocs  You can’t beat a bit of Bruce, first viewing for me and really enjoyable. Don’t know who the other main man was, but he was pretty watchable also, even if the inflection in his voice kind of irritated by the end of the film.

Justice Nicolas Cage and Guy Pearce – who seems to have come a long way from his Aussie soap days. Only half-watched this as I was reading at the time. By the time I did pay attention it was almost over. My loss as it seemed very good.

Rush Hour  Seen loads of times before, so 1 eye on the screen, 1 eye in a book. 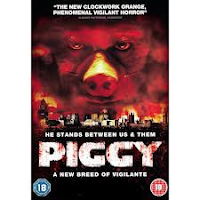 Piggy  British vigilante type movie, which was only half-watched – as we started dozing off (ok it was me the rest of the gang were ok) more due to tiredness than the quality of the movie. Hopefully we will finish it this month.

A Grandpa for Christmas  On but ignored. 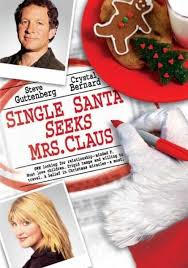 Others Yes there were, but I have banished them from my memory bank.

Mrs Miracle Not yet, but I’m worried!

As a man who prides himself as being as Christmassy as the next guy......ho ho ho and all that.......there are limits to my festive cheer. How many times can you sit through Steve Guttenburg being Mr Nice Santa before your already tenuous grip on sanity starts dissolving and your brain turns to mush? Well not many more to be truthful.

If Steve didn’t push me over the edge this year, Ernest Borgnine or Grandpa certainly had me teetering on the precipice.

We haven’t seen Mrs Miracle yet this year, but I fear it’s only around the corner.  At this point my threads will surely unravel totally. If I make through until January without being reduced to a drooling wreck wearing a diaper (not a pleasant thought) it will be another Christmas miracle!