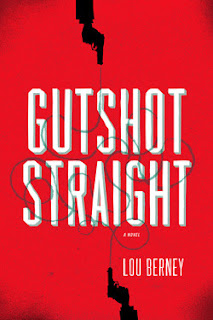 Professional wheel man Charles "Shake" Bouchon is too nice a guy for the life he's led and not nice enough for any other. Fresh out of prison, he's supposed to deliver a package to Vegas strip-club owner Dick "the Whale" Moby and pick up a briefcase for Shake's former boss and lover, Alexandra Ilandryan, pakhan of L.A.'s Armenian mob. But when the "package" turns out to be Gina, a wholesome young housewife, Shake decides to set her free—a move as noble as it is boneheaded.


Now Shake and Gina are on the run in Panama—looking to unload the briefcase's unusual contents while outmaneuvering two angry crime bosses, a heartbroken ex-linebacker, and a sadistic thug plagued by erectile superfunction. And Shake's learning that Gina is less wholesome and more complicated than he initially imagined.
Posted by col2910 at 15:35