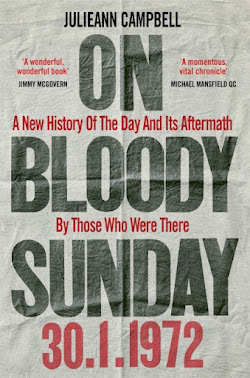 Synopsis/blurb....
In January 1972, a peaceful civil rights march in Northern Ireland ended in bloodshed. Troops from Britain's 1st Battalion Parachute Regiment opened fire on marchers, leaving 13 dead and 15 wounded. Seven of those killed were teenage boys. The day became known as 'Bloody Sunday'.
The events occurred in broad daylight and in the full glare of the press. Within hours, the British military informed the world that they had won an 'IRA gun battle'. This became the official narrative for decades until a family-led campaign instigated one of the most complex inquiries in history.
In 2010, the victims of Bloody Sunday were fully exonerated when Lord Saville found that the majority of the victims were either shot in the back as they ran away or were helping someone in need. The report made headlines all over the world.
While many buried the trauma of that day, historian and campaigner Juliann Campbell - whose teenage uncle was the first to be killed that day - felt the need to keep recording these interviews and collecting rare and unpublished accounts, aware of just how precious they were. Fifty years on, in this book, survivors, relatives, eyewitnesses and politicians shine a light on the events of Bloody Sunday, together, for the first time.
As they tell their stories, the tension, confusion and anger build with an awful power. On Bloody Sunday unfolds before us an extraordinary human drama, as we experience one of the darkest moments in modern history - and witness the true human cost of conflict.
Hard to imagine that it's 50 years since the tragedy of Bloody Sunday. I can't actually say that I vividly recall the day, because I'd be attributing false memories to something, but I'm sure as an Irish Catholic family it resonated in our household. Prior to this event we had family that fled Belfast and relocated to the calmer city of Galway because of the violence and political situation.
Campbell's book provides eye-witness account after account of the build-up to the fateful Civil Rights March, the day itself and the prolonged aftermath.
It's quite a tough read. Regret, lament and anger won't bring back the victims - nor those of other violent acts in the North of Ireland.
I suppose what angers me the most is the aftermath. I can imagine young, scared squaddies acting impulsively and reacting rashly in fear, though Campbell makes a case that the actions of the Paras were pre-meditated, but the immediate lies and subsequent whitewash of the military and political establishment is what sticks in the craw. They knew what had happened and they denied it and continued to deny it for nearly 40 years.
Hindsight is an exact science but one of the consequences of Bloody Sunday and the controversial policy of internment was that they both served as a powerful recruitment tool for the paramilitaries. It would have been far better to have listened and reacted to legitimate concerns of a deprived and downtrodden community for some social justice regarding housing, employment, equal voting rights, and wider discrimination against Catholics.
Regarding abuse of power, miscarriage of justices and the establishment running roughshod over the people, alongside Bloody Sunday, you can add Orgreave, Hillsborough, the Birmingham 6, the Guildford 4, Windrush, and more recently the Horizon Post Office scandal. Probably others as well. 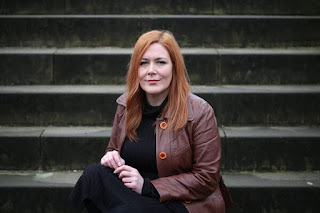